With an 18 mile day planned, I decided I wanted to get somewhat of an early start. I woke up at 6:15, early for me, but the other two who stayed at the shelter had already left by that point. I managed to leave myself around 7:30.

Although it was warm out, there was a nice breeze blowing most of the day, and it was very nice out all day.

The trail, picking up where it left off yesterday, continued its nearly straight traversal of the Peters Mountain ridgeline. With the exception of the (very easy) descent down Peters Mountain, and the long but not too steep climb up the next mountain, the trail as a rule today was straight, level, flat, and easy. You almost couldn't ask for a better day of hiking. 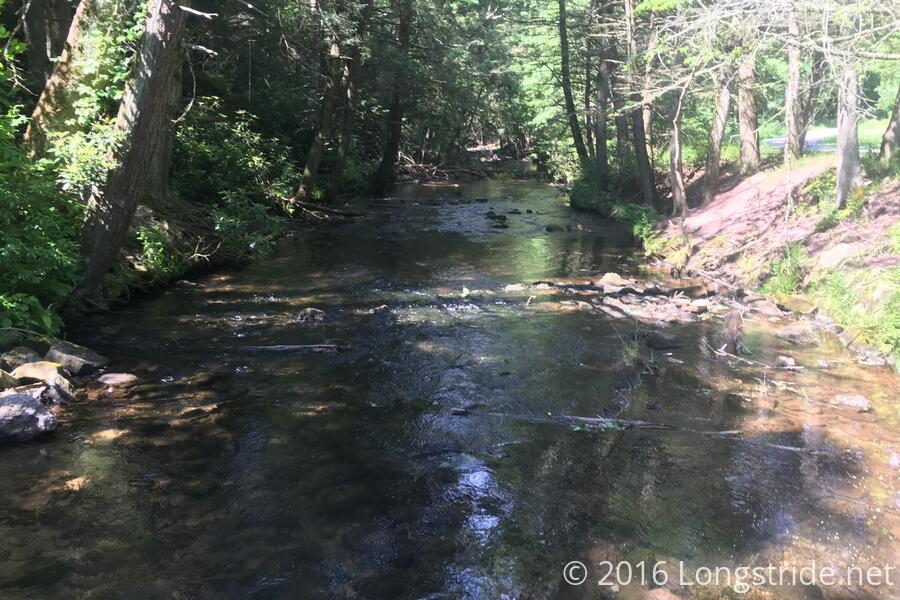 I stopped for lunch at a nice campsite that had three reclined chairs made of stones. With my butt pad, they were really quite comfortable. 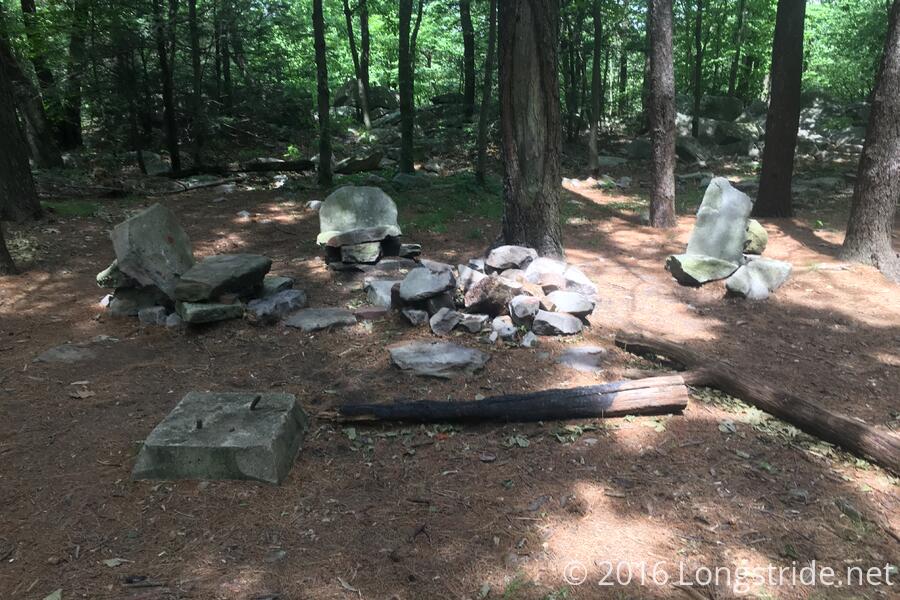 I arrived at my destination, the Rausch Gap Shelter, shortly after 4 pm (leaving early paid off). Rausch Gap Shelter is a unique design, with a stone foundation built into a hill, a table built around a tree in front, and a spring piped into a water trough not 30 feet from the shelter. As far as water sources go, it rivals Quarry Gap as being easiest to get to. It might be marginally further away, but you don't have to bend down to the ground to get water.

Like Peters Mountain, it also apparently attracts vandals. One Feather, who arrived long before I did, said that there was trash, toilet paper, and old food all over the shelter and the area in front, and that there was shit to one side of the shelter. He did an amazing job cleaning the shelter (though all of us that stayed there still tried our best not to touch any more of the shelter than we had to, and the shelter could probably use a more thorough cleaning with disinfectant).

Even after the cleaning, there was still the lingering stench of poop, as well as a second acrid smell we decided must have been a combination of piss and vomit. (One Feather found an empty bottle of cheap vodka; our guess is that some locals were here last night, partied, got too drunk, and someone vomited on the ground next to the shelter; then went to the bathroom on the side of the shelter because the privy was "too far" to walk to.)

sigh, two nice shelters in two days that have recently met with irresponsible people. Hopefully tomorrow will be better.