Today, I joined MAHG for a short, 4.5 mile hike in the BeeTree Preserve and along the Torrey C. Brown Trail in Parkton, MD.

The BeeTree Preserve, named after the Beetree Run trout stream that flows along the western edge of the preserve, was formed in 1965 with a land grant to the Towson Presbyterian Church. The preserve features hiking and horse trails, as well as a pair of pavilions and several camping areas, including one that has four Adirondack-style shelters. The preserve is open for day hikers; groups wishing to reserve the facilities or stay after dark must obtain permission.

The Torrey C. Brown Rail Trail (“TCB Trail”) follows almost 20 miles of the former Northern Central Railway. Obtained by Maryland in the early 1980s after the rail line was abandoned due to damage from Hurricane Agnes, it was converted into a hiking and biking trail, stretching from Cockeysville, MD, to the Maryland-Pennsylvania border. (In Pennsylvania, the trail continues on to York as the York County Heritage trail.)

We started off at the Bentley Springs parking area for the TCB Trail. The trail, with its smooth, even, crushed gravel surface, and very gradual ascent, made for an easy walk as it followed the babbling Beetree Run to the north. Trees lined the trail, giving a nice, cool shade. Our “early” morning start of 9 am meant we were largely alone on the trail, save for a jogger and a few people walking their dogs.

We followed the TCB Trail for about three quarters of a mile to its intersection with Beetree Road. A short jaunt along the road brought us to a fire road that led to the preserve’s hiking trails. The fire road began the only steep climb of the day, and even that was short-lived. After the fire road dead-ending at three hiking trails, we continued along a trail to the Oak Ridge section of the park. 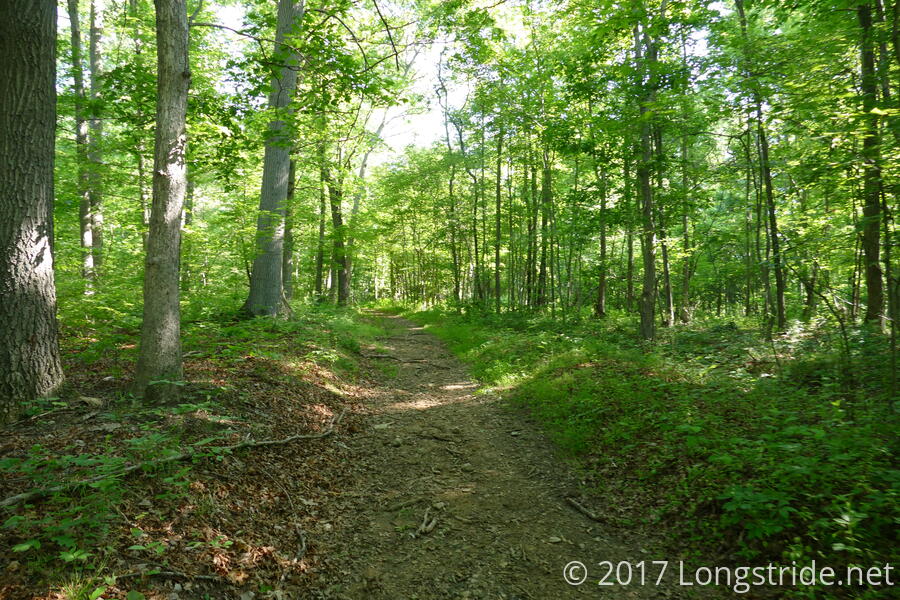 We continued to climb up the Oak Ridge, but at a more gradual rate. Further on, the trail could just as well have been called “Fern Ridge”; one side of the trail was covered with thick ferns.

The Oak Ridge trail continued to the northern extent of the BeeTree Preserve, where the park ends at a power line clearing. A beautiful open space (if one ignores the power lines and towers), a grass field filled in the space between the preserve and more woods to the north. On the far side of the clearing, at the edge of the woods, was a lonesome shelter. 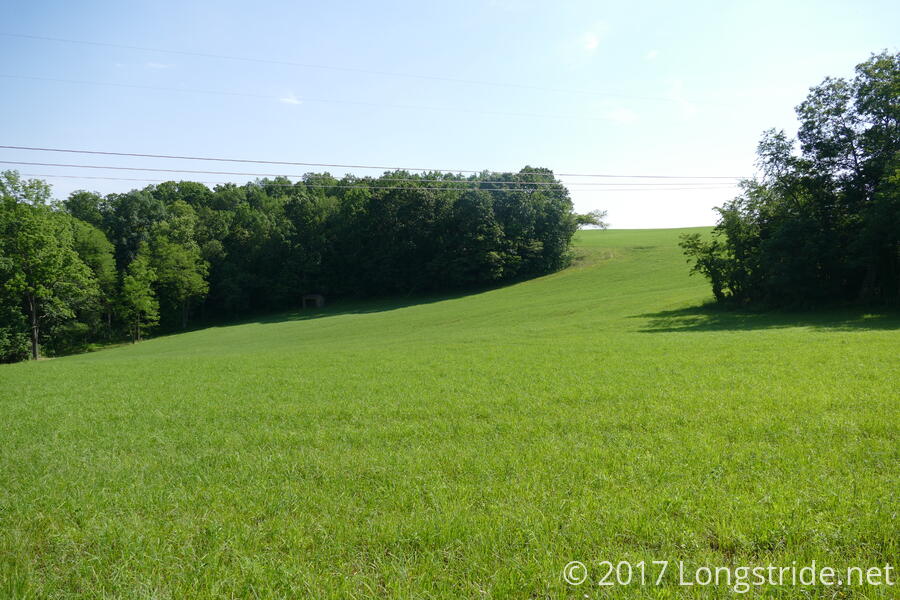 Powerline Clearing — Field at a clearing for power lines. A lonesome shelter stands at the far edge.

Following the edge of the clearing for a short while brought us to a steep embankment that brought us back down to the level of Beetree Run. For the next mile or so, we traveled a clearly less popular path, as the trail led us into light brambles, over and around fallen trees, and through muddy wetlands, as it brought us back to the fire road we started on.

From there, we followed another trail to Soldiers Ridge. A brief, final uphill climb brought us to campgrounds, where four Adirondack shelters with bunk racks stood. (Disgracefully, one of them, the “Pioneer Shelter” was littered with beer cans.)

One final steep descent returned us to the TCB Trail, about a quarter of a mile north from where we departed to enter the preserve. Now, nearly 11 am, the trail found wider use, as a fair number of bicyclists passed us in both directions. Still, it was a comfortable hike, as the shade of the trees and the flowing stream helped keep things cool.

A short hike today, four miles took us less than two hours to do, even with short breaks sprinkled throughout. This was definitely an enjoyable way to spend a morning.