I got off to a late 9:30 start, mostly because I was being awfully slow for no particularly good reason; probably three days of lazing about taking its toll. Jesse and Holly gave me a ride back to the trailhead, we said our goodbyes, and as they returned to DC, I retuned to my thru-hike. (Thanks again for all your hospitality and letting me stay with your family for the weekend!) 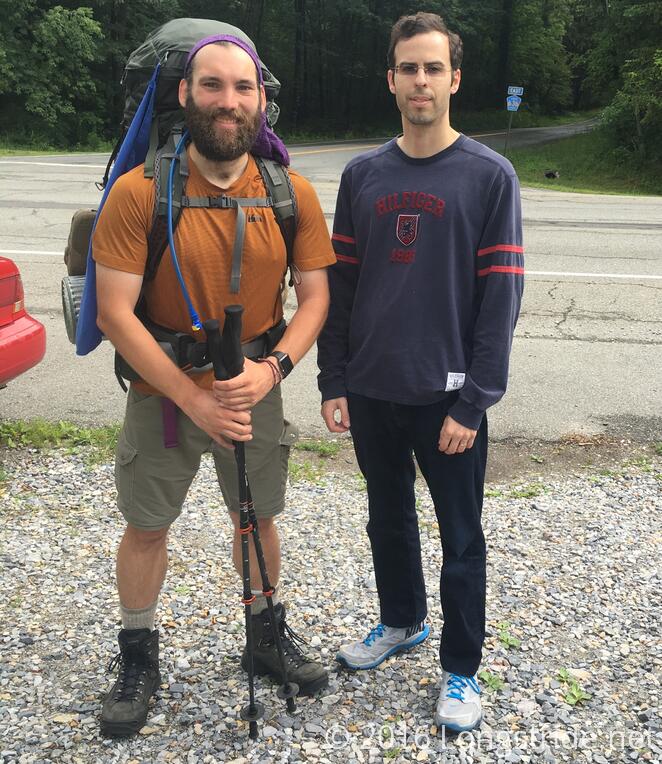 North from Culver Gap is Sunrise Mountain. At the top of its first peak (at least by the AT) is a clearing with the (unfortunately locked) Culver Fire Tower. It'd have been nice to go up there and get a good picture of the area.

In that clearing, was Shoe Leather, taking a break. I didn't recognize him, at first, but he was the hiker I had take a picture of me atop Springer Mountain on the first day of my hike, almost three and a half months ago. (He recognized me via the purple Buff I wear, which so far seems to be unique.)

I briefly stopped at the Gren Anderson Shelter to sign the log book. Near the shelter is the terminus of the side trail I hiked yesterday, so just out of a need to be a completionist, I hiked that trail back to where I stopped yesterday, before returning to the AT.

At the shelter was Chuckles, a lawyer who was stuck doing some work that required his attention.

My first break was at a rock outcropping overlooking forest, an absolutely terrific view. 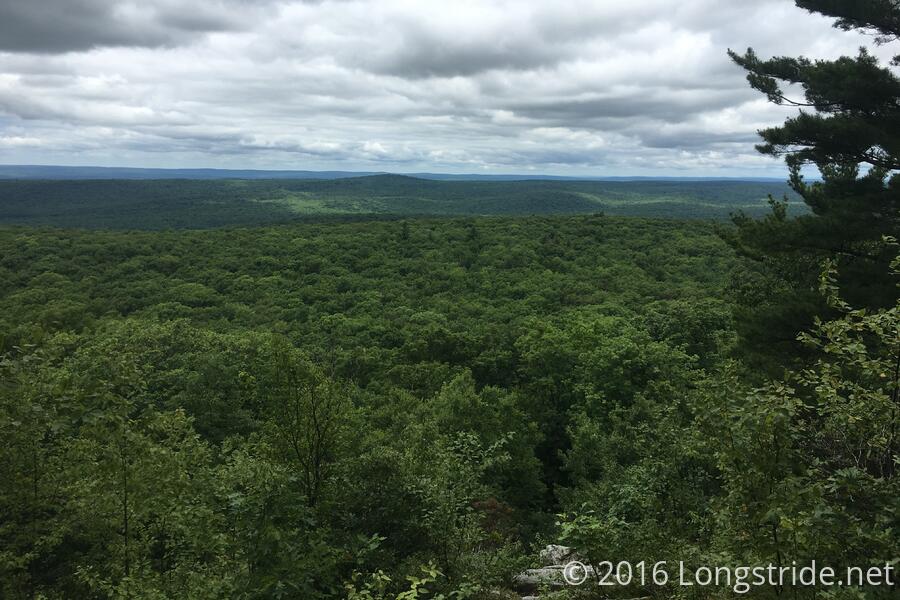 My second break was at the Mashipacong Shelter. Located in an area with no water, the local trail group apparently regularly brings up large containers of water for hikers to use as necessary. Shortly after the shelter was the entrance to High Point State Park (so named because it contains the highest point in New Jersey).

The rocks on the trail have made a resurgence. They're not quite as bad as they were in Pennsylvania, but they're still wearing out my feet. (I'm sure being off-trail for three days isn't helping matters.)

The bugs are getting worse as well. The gnats that love to swarm around my head and occasionally make suicide runs at my eyes continue to be present. (I'm half convinced that their whole purpose is to make me stumble, fall down, and die, so they can eat my corpse. Because otherwise, they are completely ineffective at whatever it is they're trying to accomplish.) Joining them are horse flies. I first saw them atop Blue Mountain, after Palmerton, but they hadn't started biting until now.

The end of the day brought me past a side-trail to the beach at Lake Marcia, which has a concession stand. Unfortunately, between my late start, connecting the side trail from yesterday, and a few longer than necessary breaks, I was too late: I got to the side trail at 6:30, and the concession stand closed at 6. Bummer.

From there, you could also see the tower at New Jersey's high point. A side trail goes there, but I had hiked far enough, and my feet hurt, so I was ready to just go to the shelter, shortly ahead. 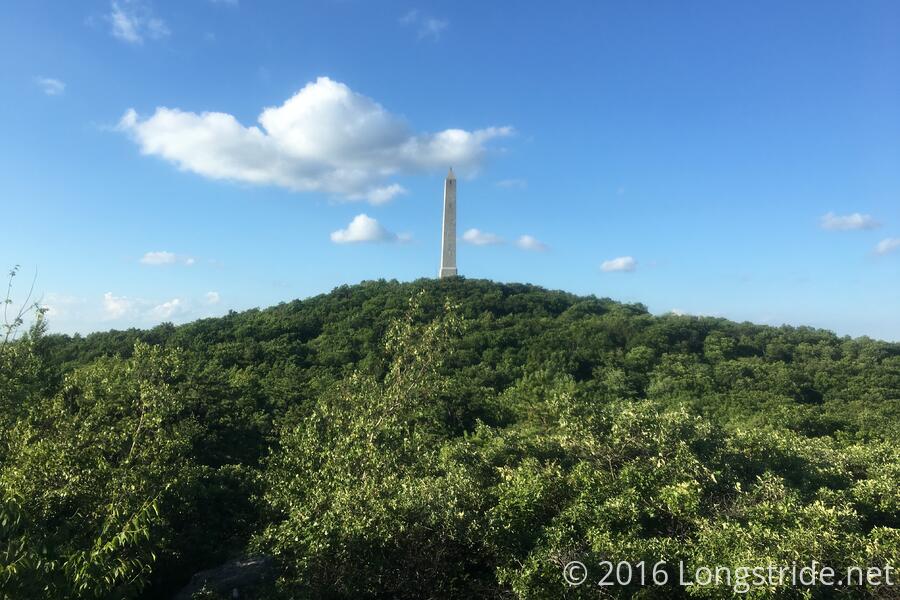 At High Point Shelter, it was initially just me and a SOBO section hiker, until Chuckles arrived. He brought with him a couple of different kinds of fireworks and sparklers, and shortly before sunset, we had a nice little fireworks show.