Got a late start today. Got a shower (and then back into the same dirty clothes, but feel much better anyway). Got some Shoe Goo to try to fix my shoes. (The right shoe started to delaminate at the front after repeatedly jamming it into rocks on the Blood Mountain ascent yesterday.) I also broke one of my poles yesterday (the top part pulled out of the lock attaching it to the middle movable piece), and was resigned to having to treat it delicately until I could get near an REI for an exchange (or buy new poles and ship these home), but one of the staff at Mountain Crossings overheard me talking to another hiker about it, and found some superglue to temporarily repair it. That seemed to have done the trick, though, and I left Neel Gap around 11:30 (and about five minutes up the trail was almost regretting not getting lunch). 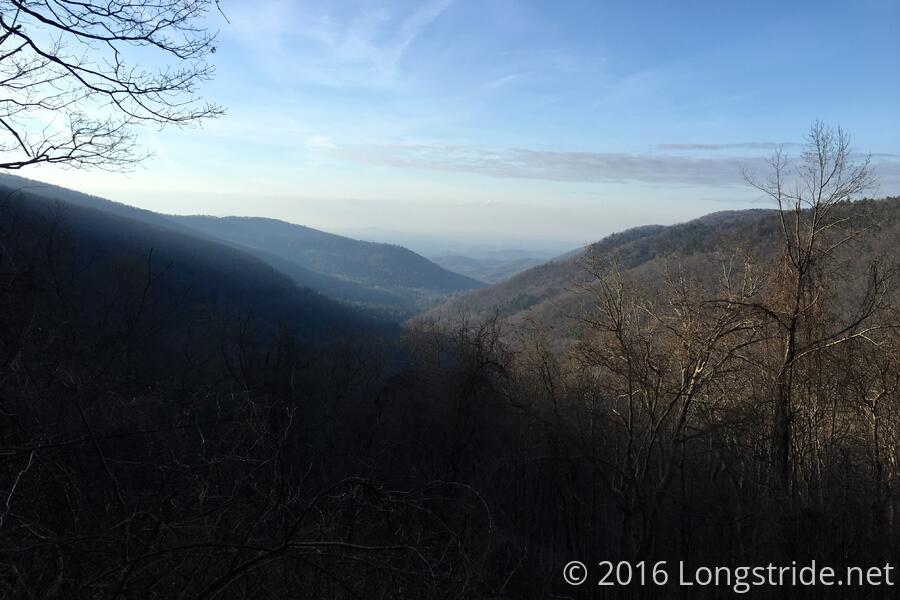 The hike today was much easier than the last two days (partly because I only went 6 miles down the trail, and also it was a lot more downhill and flat). Only the last mile or so of the trail before splitting off to the shelter was particularly difficult — I think it was the steepest so far — but I was on time pressure: I wanted to get to the shelter before the rain started. 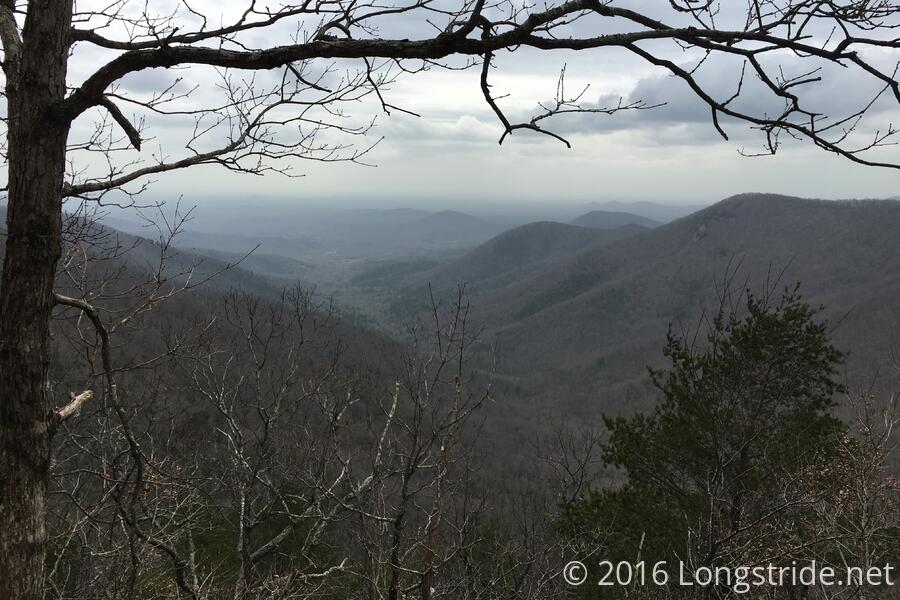 Cooking Mac & Cheese and ramen was an even bigger fiasco this time, since the stove was still sticky from two days ago (making it difficult to get started), and the bubbling over kept putting out the fire and making restarting difficult. I'm regretting not getting more fuel when I was at Neel Gap.

The piped spring near the shelter was the fastest flowing one yet (apart from the actual substantial creeks), and I brought 5 L back to camp to refill my water bladder, and for cooking tonight and tomorrow. Not thinking particularly straight since I was hungry, I accidentally ran dirty water directly into my camelbak. I'm not sure any actually went in, but out of an abundance of caution, I dumped the entire thing out, so that wasted 2+ L of water. Should still have enough for breakfast, though.

The rain started shortly after I got to be shelter, but it's been a gentle drizzle. Apparently, though, the forecast is calling for 3-4 inches of rain.

Hunkering down in the shelter with several of the same hikers that I tented with yesterday.

Tomorrow, going to go for the Blue Mountain shelter, about another 12 miles up the trail.