With the weather forecast calling for rain this afternoon, and a resupply trip into Kent, CT planned, I wanted to get started early. I wound up not getting up until 7, and didn't leave camp until 8, later than I really wanted, since I stopped much further from Kent than I originally planned. 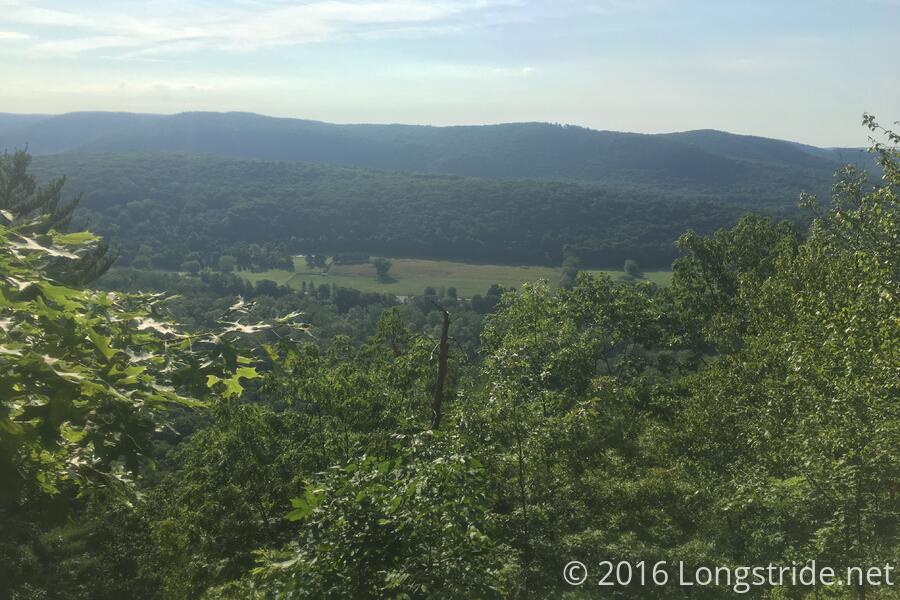 There were a couple of steep hills getting to CT 341, which leads to Kent, and I got to the trailhead there around 9:30.

I hiked the mile and a half or so from the trailhead to the food store in town and got enough food to make it the three days to either Sheffield or Great Barrington (which are the same distance from the trailhead, in opposite directions). Conveniently, there was a public park next to the food store, with a weird sculpture and a lone bench. I sat down there and organized my resupply into my food bags. As I was finishing up, I ran into Smiley, an older hiker who I'd seen a few times before, and who camped at the campsite next to mine last night. (Smiley is a former engineer at the Goddard Spaceflight Center.) 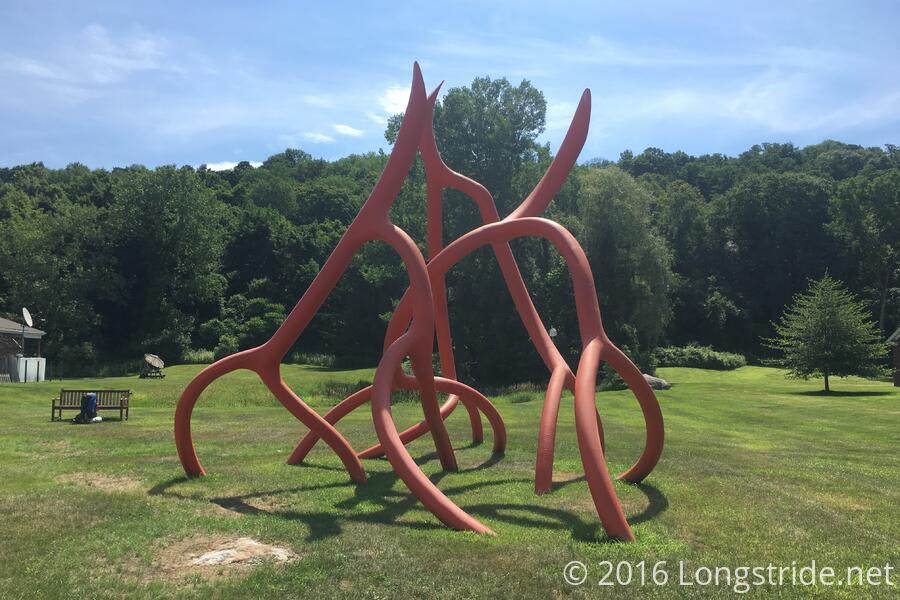 Smiley and I went to The Villager for breakfast; the food there was quite excellent, though service was a tad slow and it took awful long for us to get the check.

I made it back to the trailhead around 12:40, giving me a town turnaround time of just over three hours, a new record.

From Kent, the trail up through Caleb's Peak was generally easy, if steep at times. My feet started to hurt, though, so I switched my insoles with the softer backup ones I had, knowing I'd be going through a rocky area later. That may have been a mistake, since I've yet to further trim them so they fit better. 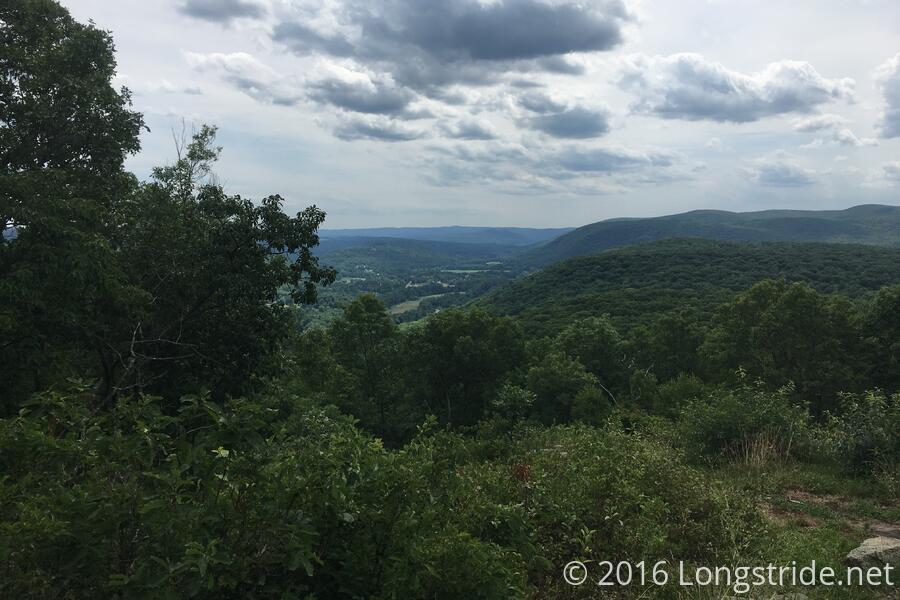 After Caleb's Peak were the St. John's Ledges, a very steep descent down stone ledges. The trail then joined a gravel road for nearly a mile, before entering a park and following the Housatonic River. From this point, the trail was very easy, following the river very slightly uphill, and relatively straight, for miles.

Also for miles, a swarm of gnats followed me, from when I got to the gravel road coming off the mountain, almost to when I reached my campsite three miles later, around 4:30. I briefly contemplated going on to the next campsite a few miles ahead, but that'd get me there around 6, and the weather forecast was calling for rain soon.

The rain never happened — there were maybe four drops around dinner time. So much the better, wet tents suck.

Tomorrow: a 15 mile day to the Belters Campsite.