I got up today at 5:30 am for a scheduled 6:15 shuttle: today would be a longer day — 17.4 miles (plus a mile and a half to get to the AT) — from Barnjam Rd to ME 27, so we decided on an earlier start time. Unfortunately, the shuttle was late, and we didn’t get to the trailhead until almost 8 am.

Conveniently, the owner of Farmhouse Inn also owns Stratton Motel, in Stratton, the next trail town after Rangeley. This was part of the attraction to slackpacking yesterday and today: relatively easy transfer of gear from Rangeley to Stratton while continuing to slackpack.

The trench around the back of Farmhouse claimed a victim last night, as I knew it eventually would. One of the work-for-stays fell into the trench last night, earning him some scratches and bruises on his face.

Today’s hike started up the side of Mount Abraham, and then continued on to Spaulding Mountain. I took my first break at the summit, averaging over 2 mph on the relatively easy (if still somewhat steep) terrain. From there, the trail continued on, along the ridge, towards Sugarloaf Mountain. Along the way, I passed a dedication plaque for the Maine CCC, who completed near the plaque the final link connecting the entire AT.

Happily, the trail didn’t climb to the summit of Sugarloaf Mountain. Unhappily, it went down a very steep rocky gouge in the side of the mountain, before reaching the South Branch of the Carrabassett River, which required fording. 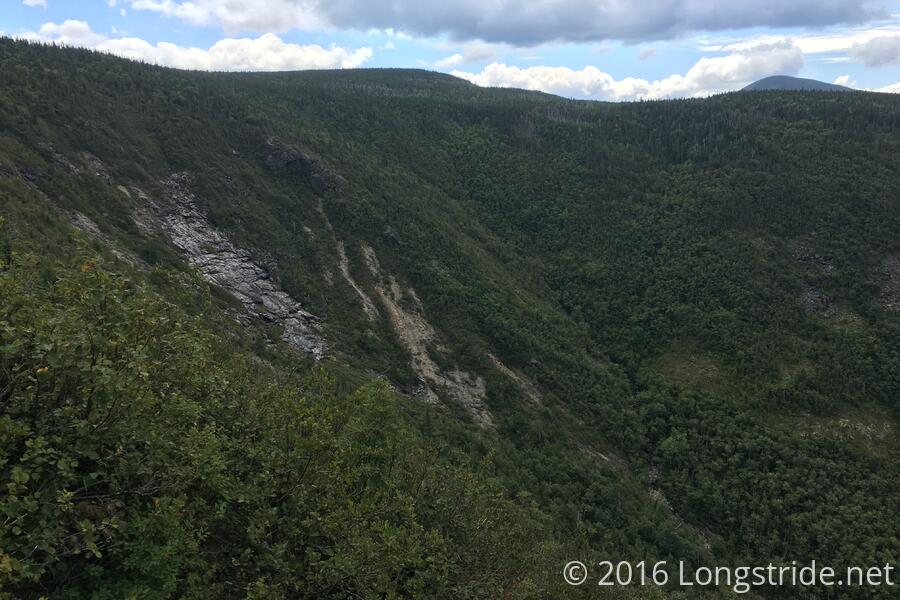 With a long uphill towards South and North Crocker Mountain awaiting, I took my second break at the campsite just to the north of the river, and then continued on. I briefly stopped at the South Crocker summit to take in the view, stopping for my third break after about 15 miles, on the gradual part of the downhill between North Croker Mountain and ME 27.

About a mile short of the road brought a fantastic milestone: 2000 miles, indicated on the ground with sticks and pine needles. I got a great photo of myself at the marker from an ATC volunteer who had been out for the day surveying the ATC property boundary. 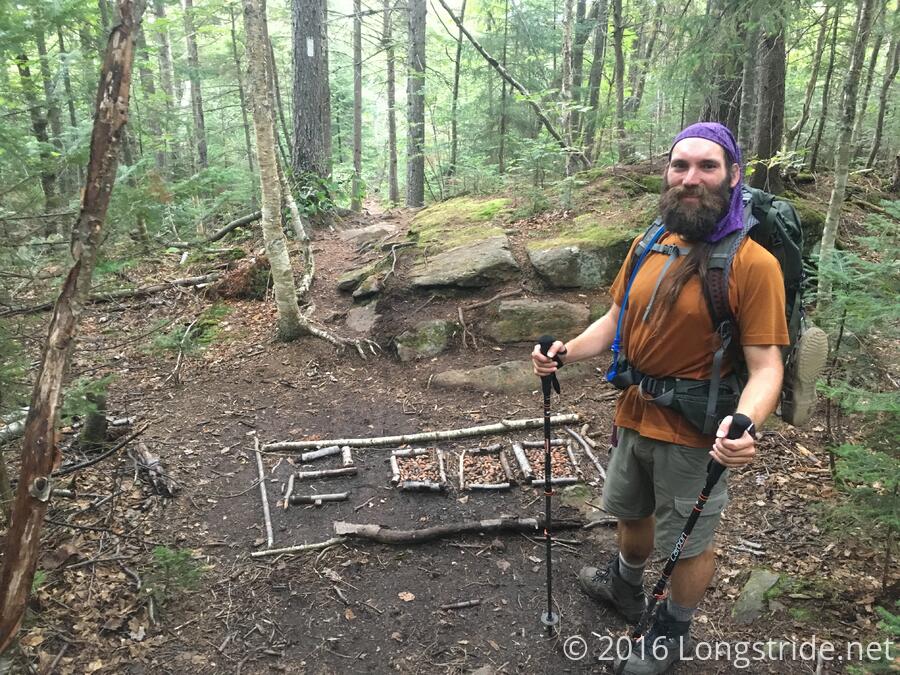 I made it to the trailhead around 5:30, and called for a shuttle to Stratton Motel.

A shower later, I got dinner at the Stratton Plaza and planned out what to do for tomorrow, since a resupply tonight was now out of the question (due to the food store being closed). With the Stratton Motel now full both tonight and tomorrow, and there being quite a few hikers both there and at other hotels (including the aptly named “Spillover Motel”, where Papa Monkey was staying), the manager for Stratton Motel concocted a somewhat crazy plan to accommodate everyone who wanted to slackpack over the next major mountain range, the Bigelows.

The concocted plan was, interested hikers would be driven back to ME 27 tomorrow morning, and picked up 16.7 miles north, past the Bigelows at East Flagstaff Rd. Then, we’d be driven back to Farmhouse Inn in Rangely (where there was space for everyone), and then driven back to the trailhead the next day.

Construction aside, Farmhouse was a bit of a nicer place than Stratton Motel and had access to a larger grocery store. That, plus the Bigelows being the last major mountains until the Chairbacks in the Hundred Mile Wilderness, and the number of people participating to keep the shuttle cost low made this seem like a good plan of action to me, and I signed up (especially since, Stratton Motel being full, I couldn’t stay there tomorrow). 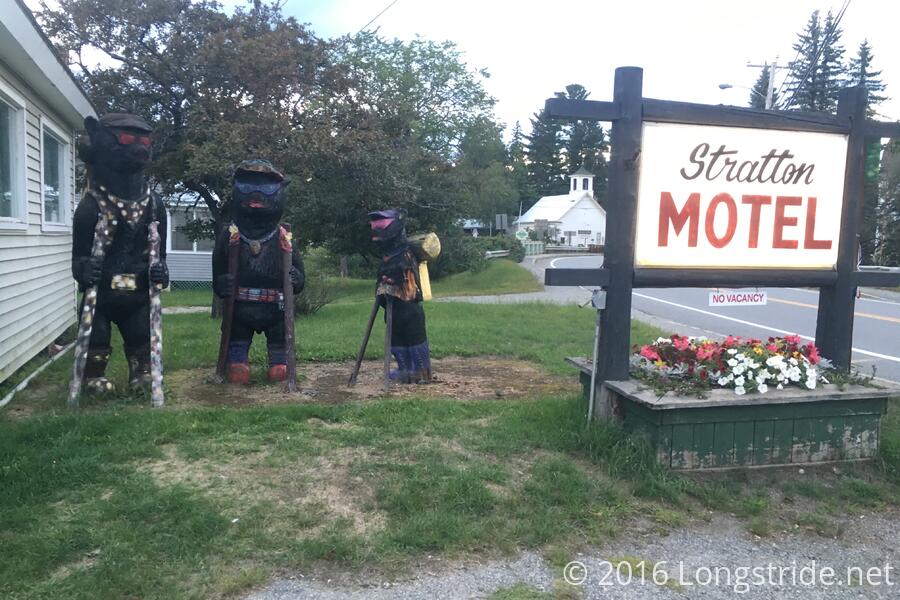