Today’s hike was another venture into Shenandoah National Park with PATC, this time around Hazel Mountain for the “Len Wheat Bushwhack Series #5” hike. This hike series explores Shenandoah, leaving the trail to explore the ruins of homes abandoned during the creation of the park.

Like the previous hike in this series I attended, a group of us met at the Vienna Metro station and carpooled to the trailhead for the hike.

As we climbed, our hike leader pointed out the difference in foliage on each side of the trail. The west side, formerly used as pastures, was dotted with rock piles, indicating the land was cleared for use for cropland, despite its steepness, and was largely dominated by tulip trees, which grew opportunistically once the land was no longer maintained. The east side of the trail, which was even steeper, had a larger mix of different trees, indicating that it was left alone, likely due to its steepness.

About halfway up the mountain, we stopped at the first homesite of the day, located adjacent to the trail. Made from chestnut wood, some of the home’s walls and roof beams remain. Shingles on the walls, though highly weathered, still remained. A few small clusters of daffodils grew to one side of the house, likely planted by its former occupants. Near the house, a little further up the trail, a few stone gravemarkers dotted a couple of small clearings.

We reached the end of the morning’s climb just after noon, and stopped for a lunch break between Broad Hollow’s junction with the Sams Ridge and Hazel Mountain trails.

From there, we continued along the Hazel Mountain Trail. Just after switching trails, we reached the second set of ruins, an old schoolhouse. Now, very little remains, save for a few bricks and some small pieces of glass.

We ventured off the Hazel Mountain Trail at its intersection with the Catlett Spur Trail, heading south, and straight up a hill, following the remains of an old road to the remains of another homesite. This site still had a chimney standing, and one of our group found an old glass bottle lying near a tree, possibly buried, and brought up to the surface by the growth of the tree. 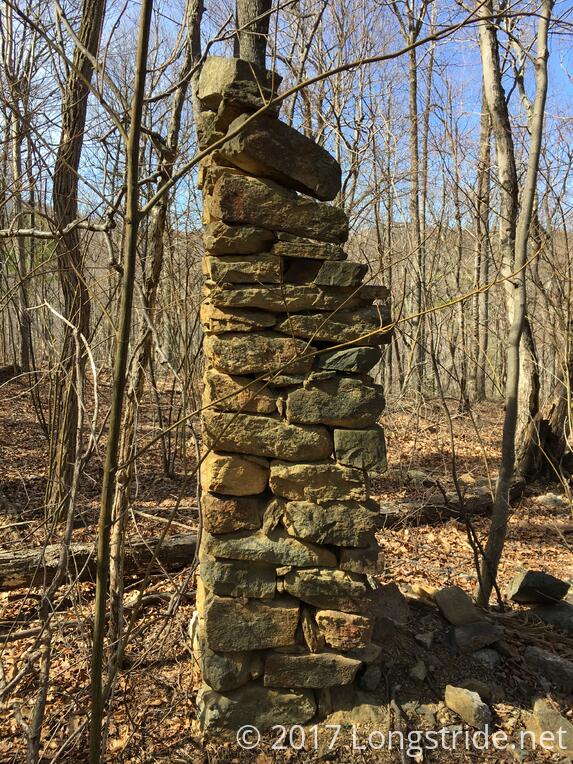 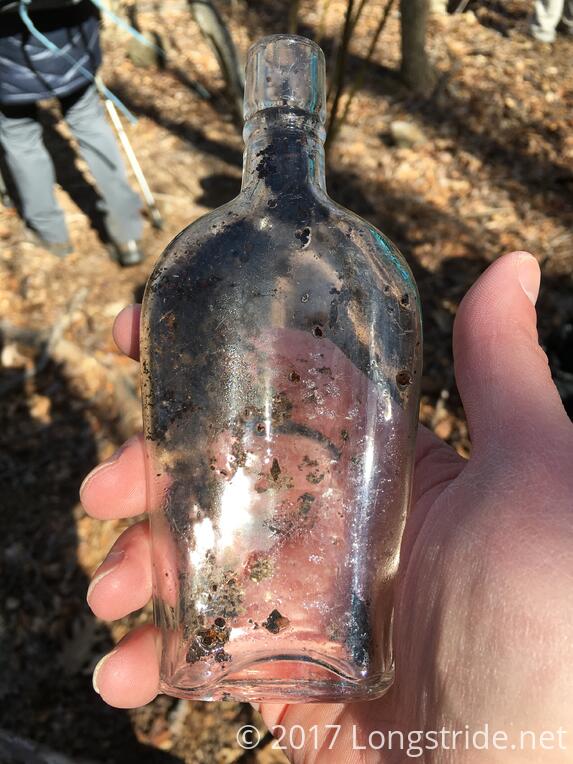 Returning back down the hill, we continued on the Hazel Mountain Trail, venturing off-trail again shortly after to lead us to the site of a former mill at a stream. Part of the mill’s wall remained, as well as a mill stone and part of a rusted axle.

After re-joining the trail, we continued for a short distance before turning off, joining the White Rocks Trail for a brief distance. Turning off-trail at a stream, we climbed a short but steep hill criss-crossed by branches and brambles, to the ruins of another home.

When we finished exploring that site, we retraced our steps, backtracking for two miles until we returned to the intersection with Broad Hollow. This was our second climb on the trail today, regaining altitude lost earlier by following the Hazel Mountain Trail north. Now, we’d continue following the Hazel Mountain Trail, heading south until the trail ended at its junction with the Hot Mountain - Short Mountain and the Pine Hill Gap Trails.

Following the Hot-Short trail, after a brief distance, we stopped at the penultimate homesite of the day. While all that remained was a chimney, it was still quite well built and a metal swinging pot holder built into the fireplace remained.

Continuing along the ridge, and then downhill, we diverted from the trail at a dry stream bed for the final, and most impressive, site of the day.

This last home must have been like a palace. Clearly visible was a dug-out basement level, with much of its wall still standing. Some of the first floor’s wall was also still standing, but the fireplace, which started in the basement, was tall enough for three above-ground floors.

Additionally, a second chimney, attached to a wall attached to the home’s side wall, indicated the presence of a connecting house.

With the hike a mile past its advertised eight mile length, and sunset just an hour away, we arrived here far later in the day than we should have, but it was still well worth the effort. 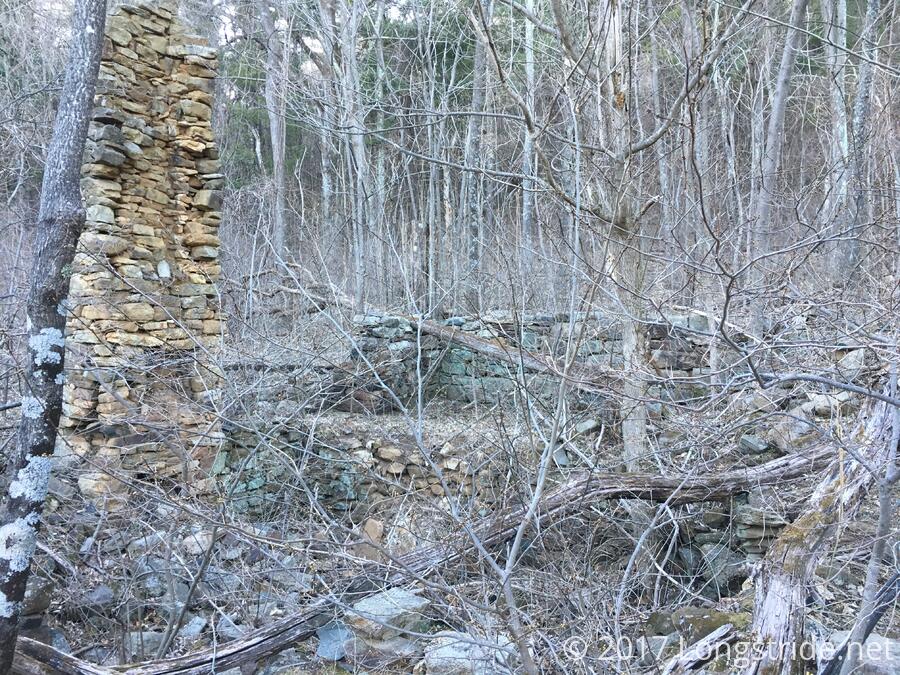 House Ruins — Basement and first floor walls are visible, as is a chimney that is tall enough for at least three above-ground floors. A second chimney, belonging to an second, attached house, is behind the camera.

Backtracking up the Hot-Short Trail provided the final climb of the day, after which we descended the mountain along the Pine Hill Gap Trail, losing 1200 feet over 2.4 miles to return to the parking area about half an hour after sunset. There was still some light available, assisted by a full moon, but I wouldn’t have wanted to stay on the mountain any longer than that. We wound up being slowed throughout the day by the very large group we had (and a hike that was 50% longer than advertised), but I still had a great time.

This was the last of five bushwhacking hikes in this series; as spring approaches, the brambles and forest understory will spring to life, making these treks untenable. I look forward to next winter, when hopefully, I’ll be able to take on the other three hikes in the series I missed.