Today advanced us to our fifth island, Tenerife.

The trail on Tenerife is a bit complicated, logistics-wise. While the trail in our guidebook is split into five sections, it wasn’t really practical for us to hike them as described. The first section is long, 29.5 km (over 18 miles), with nearly 2000 m (10,000 ft) of total elevation change. The second section is short, 13.5 km (8 miles). The third and fourth sections we are combining into one day, a little over 32 km (20 miles) because the very expensive hotel in the middle is booked full and we don’t want to lose several (more) hours to bus rides. The last section is “only” 18 km (11 miles), but we’ll need to be done with enough time to catch a ferry to the next island, La Gomera. All of the sections involve bus rides to or from (or both) the the trail.

Since CareFree and I did no hiking today, we’ll have another round of bullet points: 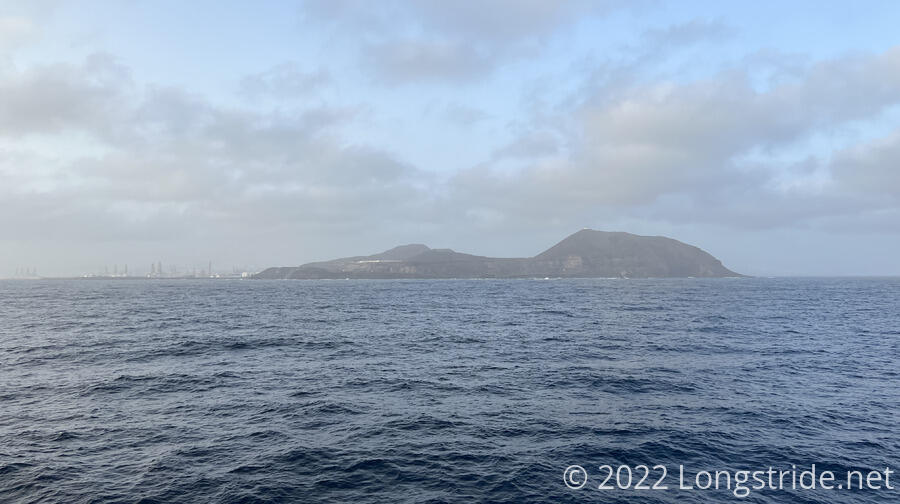 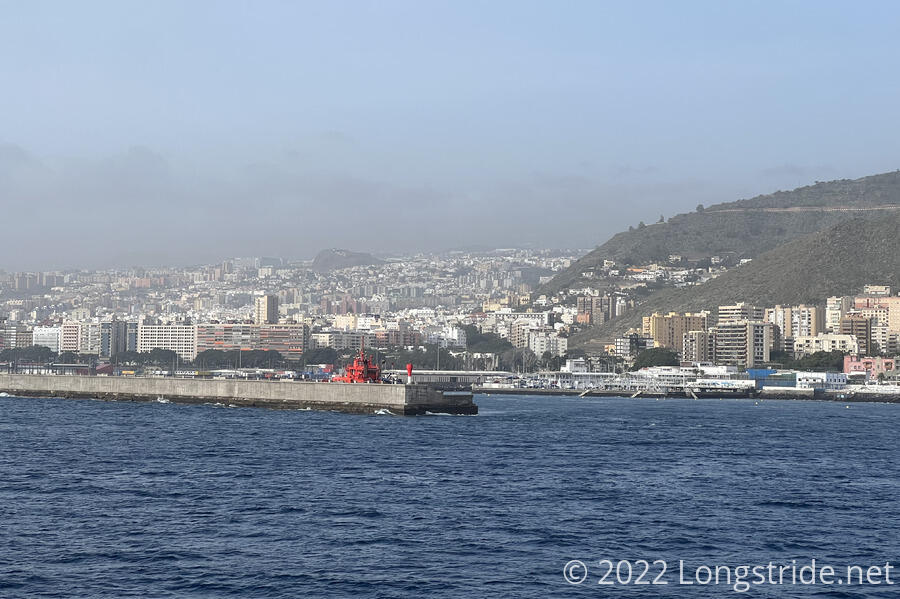 Santa Cruz de Tenerife — The capital and largest city of Tenerife rises significantly on the hills near the coast. 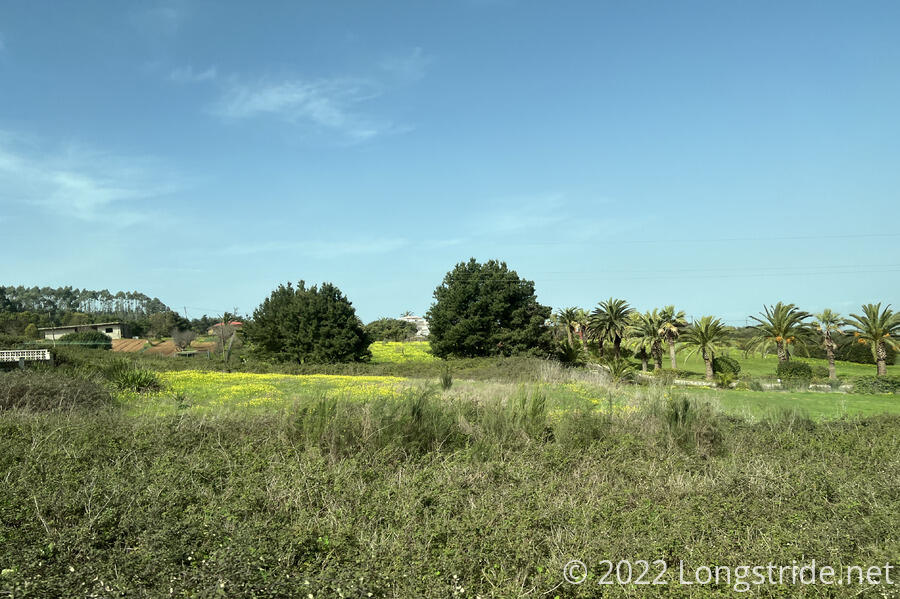