Today got off to a very late start: we did not even begin to head towards the trailhead until after 9:30, so my plan for a long day to the first viable water source did not seem likely to happen.

April gave Dylan and me a ride to the trailhead. By heading clockwise around Lake Isabella, she completed the loop around the lake I started yesterday on my ride to her house. (Thanks, April, for the ride and letting me stay at your place!)

However, once we got to the trailhead, what little hope I had of the hike I had planned vanished: there was trail magic at the Walker Pass Campground. Hiker Special K’s parents were there, and provided us with a great deal of food over the entire day. There was water, beer, soda, chicken tacos, cookies, fruit, candy, chips and salsa, and more. Later, there were hot dogs. Basically, it was a party that went on all day. (And when the beer ran out, someone went to get more beer, and box wine as well!)

Cannon, a hiker from Sweden, was giving shoulder massages (and then in the evening, back massages). I got one of each from her, and they were absolutely magnificent. You often don’t really realize how much stress or tension you have built up until it’s (even partially) released.

Quoi caught up, after having been unexpectedly delayed a day in Tehachapi because twice, she got left behind on a run to the trailhead from wherever she was staying. She and Dylan (and some other hikers) went with April to stay at her place; they tried to entice me to come back with them, but at the time, I was still hopeful of at least getting some hiking in; by that point, my plan had dwindled to doing just five miles, halfway up the mountain to a campsite. 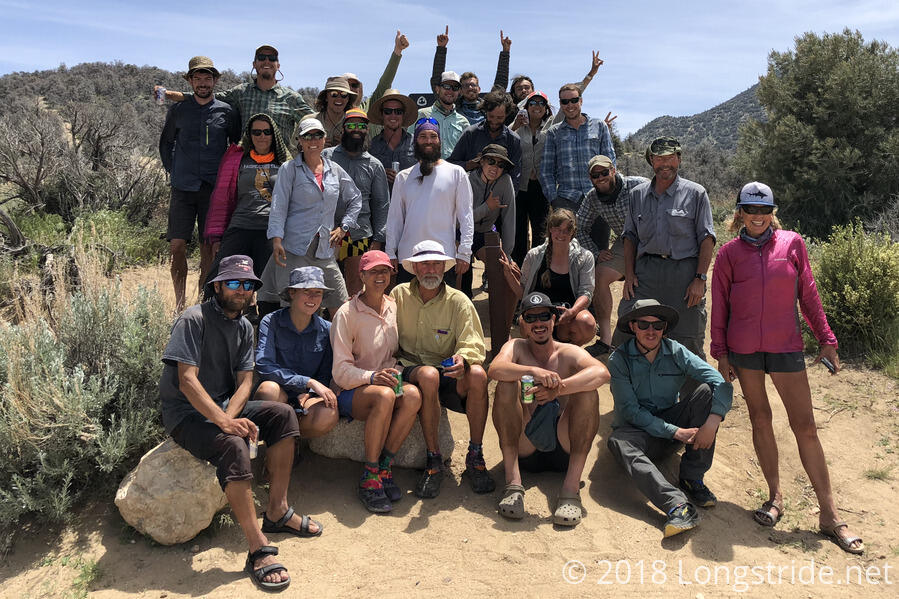 Then, in the mid-afternoon, I learned that there’d be breakfast here in the morning — blueberry pancakes — and that pretty much killed my plans of actually hiking today.

That’s not really such a bad thing, though. I vaguely wanted to zero in Lake Isabella, after getting nearly no sleep two nights ago. And after being up very late last night, today’s unexpected zero — and my first ever “on trail” zero — pretty much let me sufficiently recover.

It was a bit windy in the afternoon, starting shortly after I set up my tent (which I set up with a shorter height than usual since I thought it might get windy). For a while, I was a bit worried it might come unstaked, but it survived the wind, and the wind largely died down around sunset.