A deer graced my campsite this morning just before I left. I was surprised at how close it got to me as it wandered around nibbling on the grass.

I got started a little after six, and didn’t make it very far before I got to a reasonably well flowing creek. I refilled my water bottle (now empty thanks to breakfast) and added some water to my pack bladder. I expected this to be enough for me to make it to the next reliable water source 21 miles down the trail (though there turned out to be a few more well flowing creeks this morning than I expected).

For the most part today, the trail was a gradual downhill, which was how I was able to do 15.1 miles before noon, despite starting after 6 and stopping for probably 20 minutes to filter water. When there were uphills, they were also gradual (except the one at the end of the day, which was noticeably steeped). The trail also seemed to wrap around the inside of a chain of mountains, so the views changed very slowly, and as a result, the trail even seemed a little boring. The trail also mostly west today, and I actually ended further south than where I started today at. Tomorrow will also continue going southwest, but after about midday, it’ll turn north(west) and that’ll be the end of the last major dip to the south the trail takes. Going southwest instead of north feels slightly like going backwards, but, that’s where the trail goes, and, so, I too. 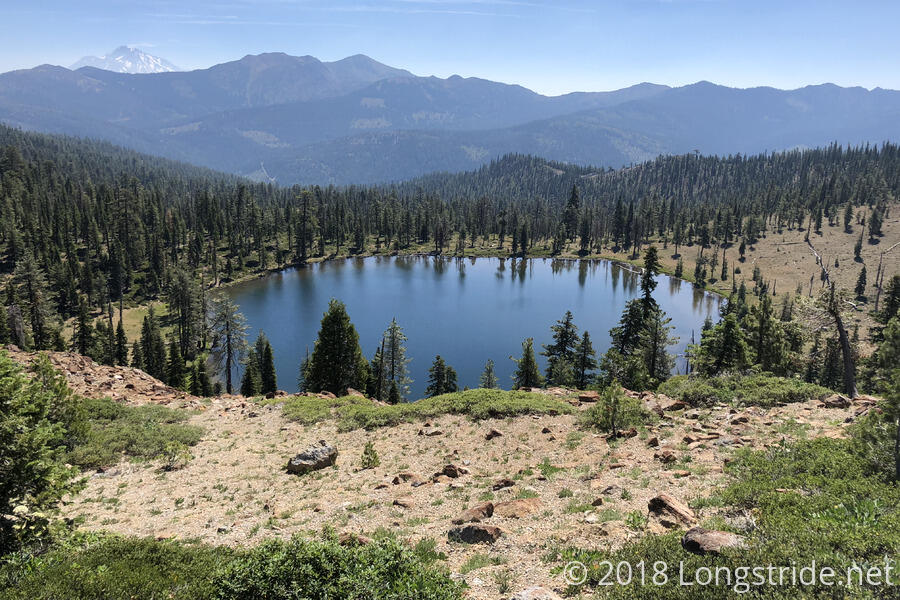 Though there were pockets of forest, today was again mostly exposed. Around noon, a light breeze blew, which was very much welcome, though it did not really seem to be hot out today. (Definitely warm, but not outright hot.) 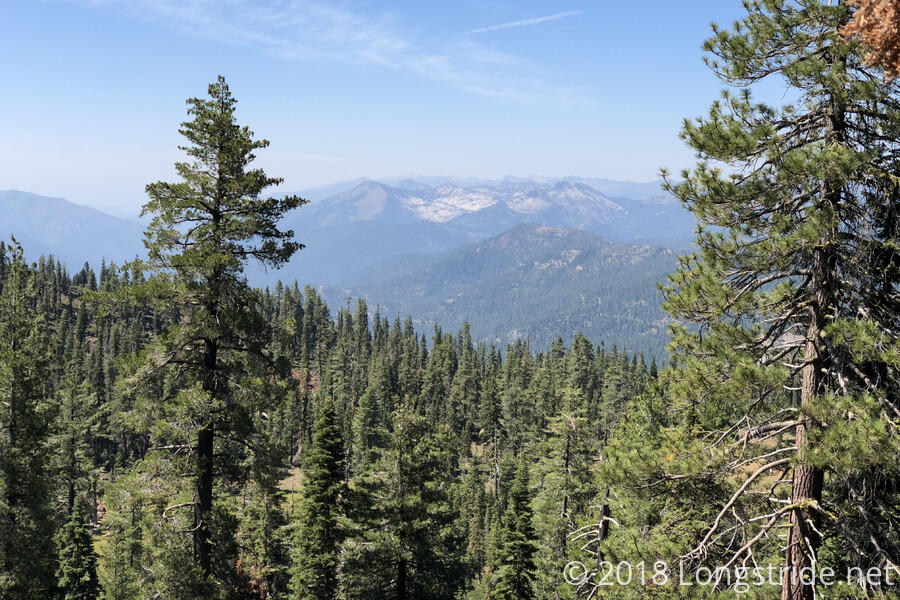 At 3, I stopped at a lightly-flowing spring to collect water. I probably filtered 4 or 5 liters (filling my pack bladder and both of my water bottles). This took 45 minutes. (Normally it would have taken far less time, and I could have done something else while it was filtering.)

around 4:30, I reached Highway 3, my target location for dinner. I was expecting to cook dinner and head up the next hill to either the next campsite, or one in 4.5 miles. (So I wouldn’t be hauling all six liters of water I had up the next hill.) However, much to my surprise, there was trail magic!

Mingo and Buzzard Bait had set up in the parking lot for the campsites and trailhead off the highway, and had soda, beer, chips, watermelon squares, sliced salami, cheese, plums, and some snack bars. They also had a table and chairs set up, and a trash bag.

They also had water, which was nice, but it meant that I didn’t actually have to spend 45 minutes filtering water, and then carry that water a mile and a half to the road. But, of course, there was no way of knowing that. (It also means now that I have way more water than I need, but given that filtering water is so much more time consuming without my water bag, I’m not going to throw any of it out.)

Also there was Panther, a hiker from Germany, and the reason the magic was still there when I got there: they were going to leave at 4, and then Panther showed up, so they stuck around long enough for me to arrive. And though they started to pack up after I had been there awhile, that additional delay allowed Calamity to get some food and a beer once she arrived.

I had so much watermelon and chips (and four sodas and two beers) that I had a hard time eating my macaroni & cheese dinner; I didn’t even bother to cook my ramen. It wouldn’t have fit, and I had consumed way more calories just in soda alone than the ramen has. 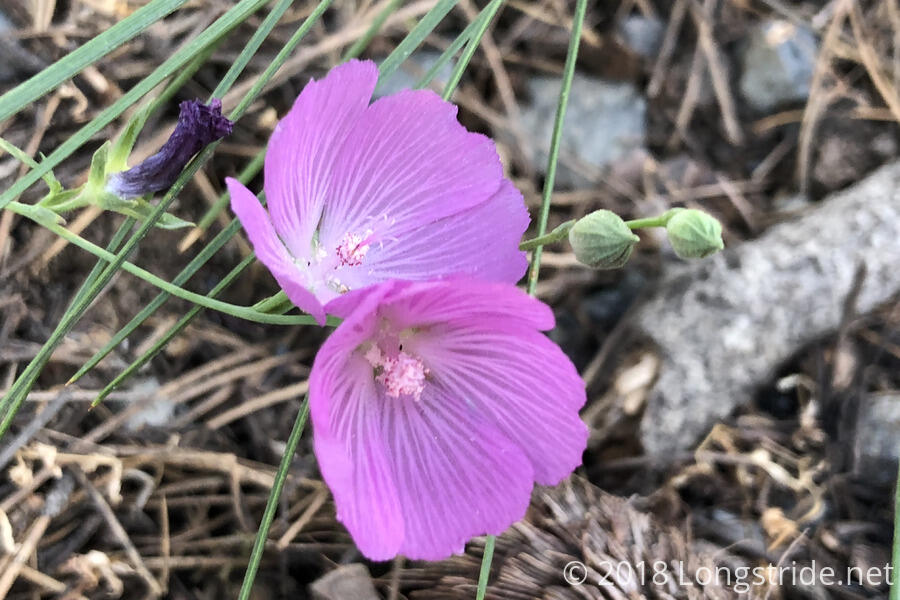 As a result of the trail magic, I left the road at almost 7, about an hour later than I had expected. Given the late departure, I opted to stop at the next campsite, 1.3 miles uphill, making for a 24.8 mile day. This’ll make tomorrow longer — I’m currently 38 trail miles from the road to Etna, my next stop. I’d prefer to have a shorter day into town so that I can spend more time in town, especially since I’ll be getting there on a Sunday.

Pacific Crest Trail, 2018
« (Day 121: Climbing Mountains is an Inefficient Way to Cool Down, But It Works) Previous Entry
Next Entry (Day 123: A Little Smoke Goes A Long Way) »