Yesterday, I signed up for a 9 am shuttle back to the trail, so I woke up around 7. There was a diner across the street from the general store, but since it took me a while to actually get up and get packed, I decided to just eat pop tarts for breakfast, rather than going to the diner, to make sure I’d be on-time for the shuttle.

After packing quite a few hikers into two cars, we made the drive to the trailhead in almost exactly half an hour, and I set out on the trail a little after 9:30.

It was a little cool out, and overcast, but otherwise good hiking weather. The trail, as it climbed and headed north around the west side of Mount Adams was not terribly steep, but it felt slow going as I was heavily laden with more food than necessary to get me to Packwood. The trail also went through a burn area, with purple flowers alongside the trail providing color amidst the blackened landscape. Sluggish on my way up the side of Mount Adams, I stopped for a break a little short of six miles. 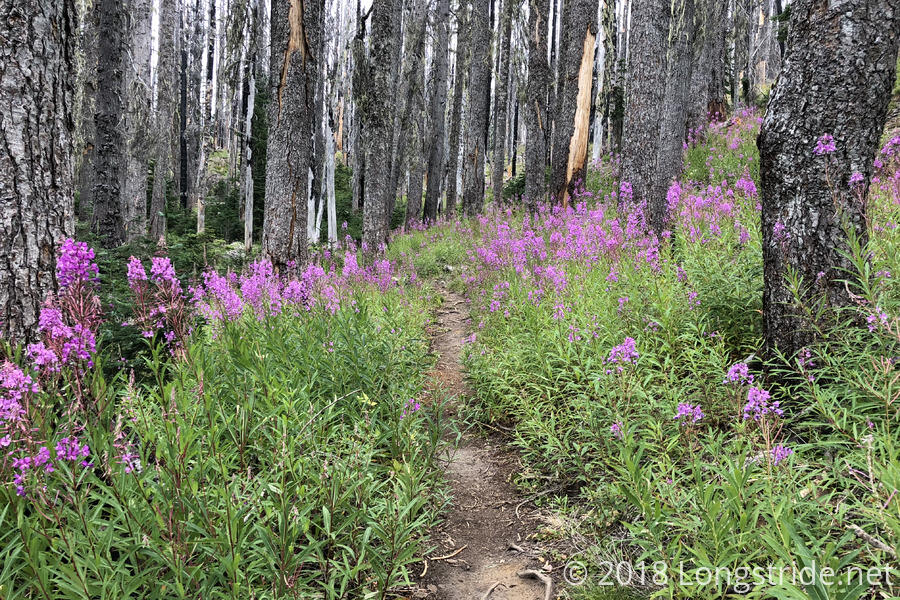 After a short rest and snack, I continued on, and the skies cleared a bit. The trail began to rise above the forest, providing more open views, and allowing me to see views of Mounts Adams, St. Helens, and Hood, each obscured by various degrees of clouds. With the sun somewhat out, it got a little warmer, though this wouldn’t last long. 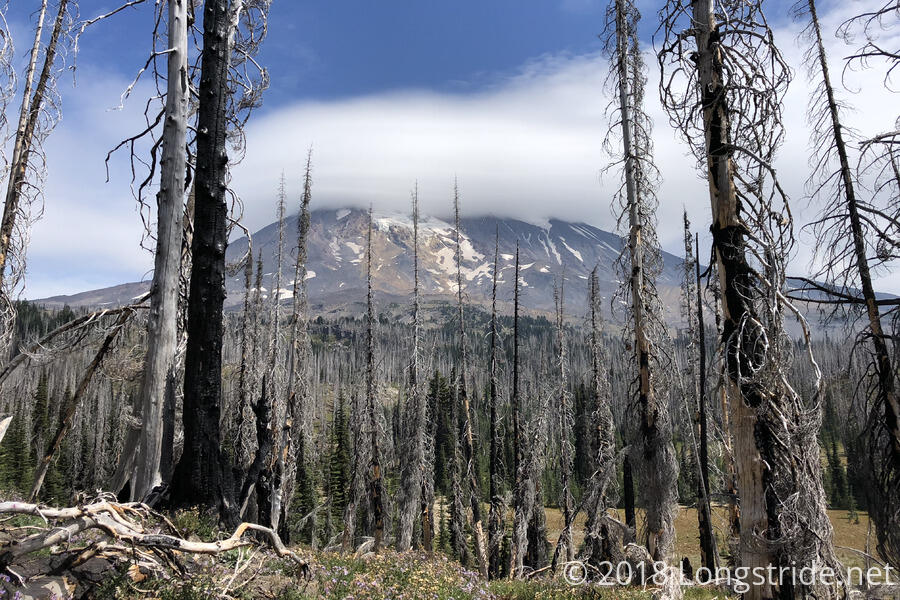 Mount St. Helens pokes out above the clouds.

After a break at a campsite next to a pond, I passed by Riley Creek. Fed by glacial run-off, the creek was a milky white color. Several branches, weighed down by rocks for stability, made for a fairly easy crossing. By this point in the day, clouds had returned, and would remain for the remainder of the day. A light drizzle would occasionally, and briefly, fall. 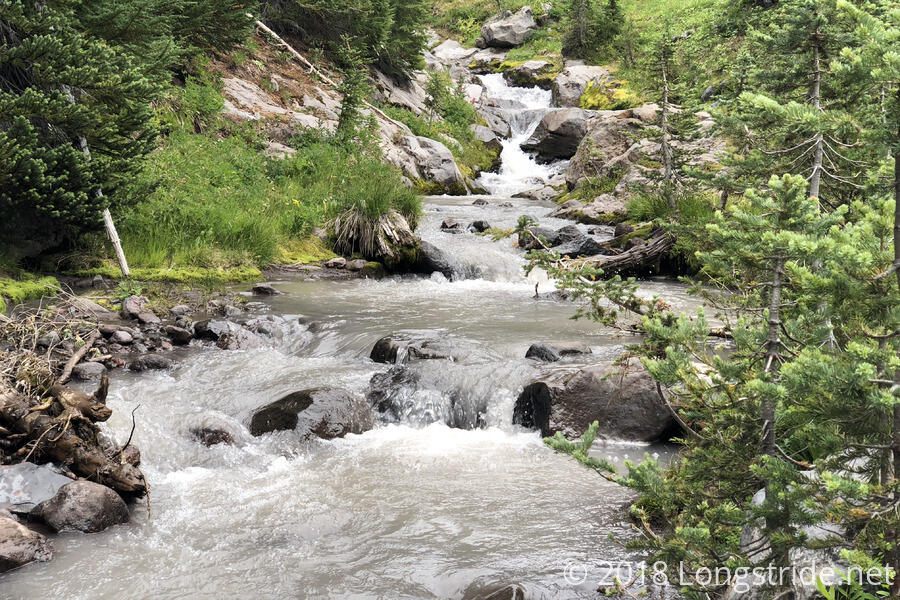 A few miles later, the trail crossed Adams creek, a fast-moving, milky-white creek that smelled of sulfur. Crossing the creek involved making my way across a less substantial makeshift bridge than Riley Creek; a few branches were placed across the creek, some of which moved slightly when stepping on them.

A little before 5, I stopped at the base of a waterfall on Killen Creek, just below where the trail crosses the creek on a small bridge. It was a bit of a short day — only 15.4 miles — but not too bad considering I came from town, and it was a very nice campsite, with a multi-tiered cascading waterfall, and easily large enough to hold several tents. (There were other campsites nearby as well.) The water was nice and clear, unlike the milky and sulfurous creeks earlier. It was cold out, and a light drizzle began falling as I set up my tent. After quickly setting up my tent, I began to cook dinner from inside my tent. 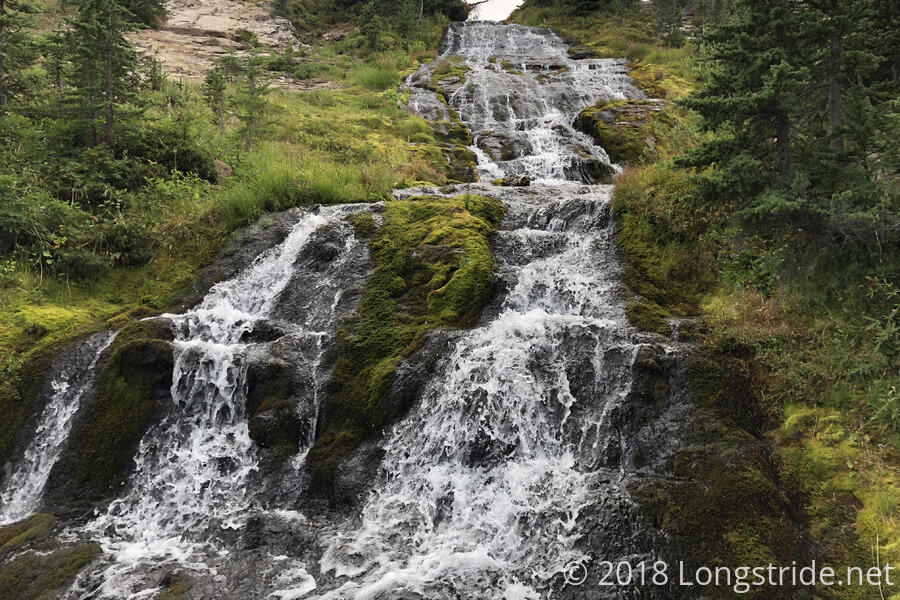 While I was eating, other hikers arrived: Soups and his dog Luna, and Bumblebee came in, as did Free and Stargazer. The last time I saw Free was the morning after we camped at the Rae Lakes after crossing Glen Pass in the Sierra, almost three months ago.

Tomorrow: continue on towards Packwood, and what will likely be the first active fire detour I’ll have to take.