Today begins my trek on the Appalachian Trail back to Harpers Ferry, to close the loop of the Tuscarora and AT.

With a 7:30 breakfast planned, I slept in a little bit, relatively speaking, and only finally rolled out of bed shortly after seven.

As I’d expect from a B&B, it was a fantastic breakfast. Joanne definitely knows how to feed hikers! I had a fantastic stay at Red Cardinal, and I hope that if I’m in the area again on a hike, I’ll be able to stay there again.

After I repacked my pack, Bill and Joanne gave me a ride back to the trailhead, and I began my rapid trek across the Cumberland Valley. This started by continuing to follow the Conodoguinet Creek for a short while. 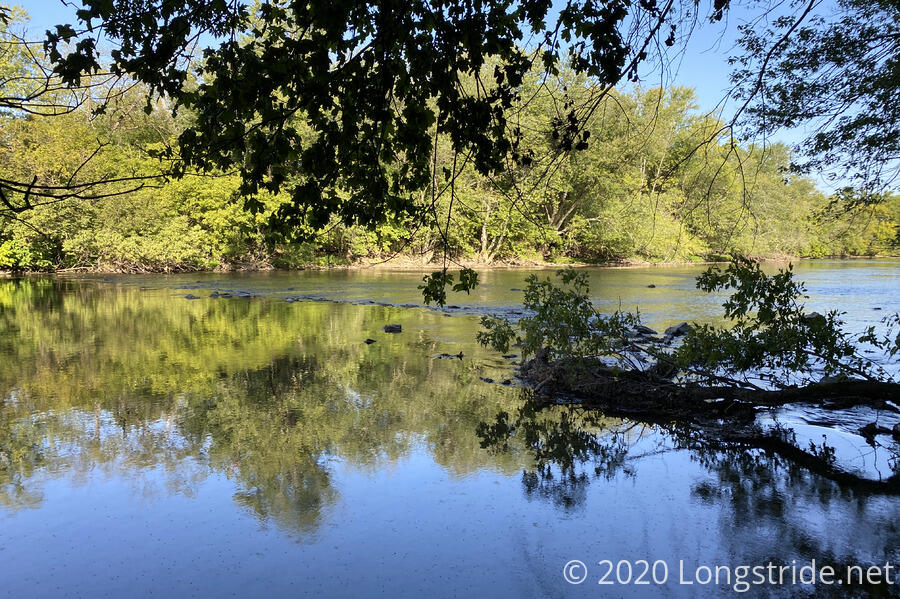 A large portion of the Cumberland Valley contains farmland, and this is very well represented on the Appalachian Trail as it passes through the valley. A couple of signs indicated the fields were maintained (and farmed) to preserve the historic nature of the land in the area.

The flat land was quite agreeable for hiking quite quickly; I sustained over three miles an hour before I stopped for a break, at a wide spot on the trail just before the trail passed between two cornfields.

Later, I passed only the second snake I’ve seen so far on the trail. (I’d been led to believe I’d see lots of rattlesnakes while I was in the George Washington Forest in Virginia on the Tuscarora, but I didn’t see a single snake in that forest.)

Over the next several miles, I was able to keep my quick pace through the valley, as the trail continued to snake through and between fields, eventually reaching the main road through Boiling Springs and beginning a short roadwalk. I arrived at the post office just at the tail end of lunch break (as I did in Gore, the only other post office I sent a box to this hike). Once I had my box, I went to the picnic table at the Appalachian Trail Conservancy’s Mid-Atlantic Regional Office, located just across the street, and repacked my box. A flock of geese stood watch over the small nearby lake, honking occasionally. 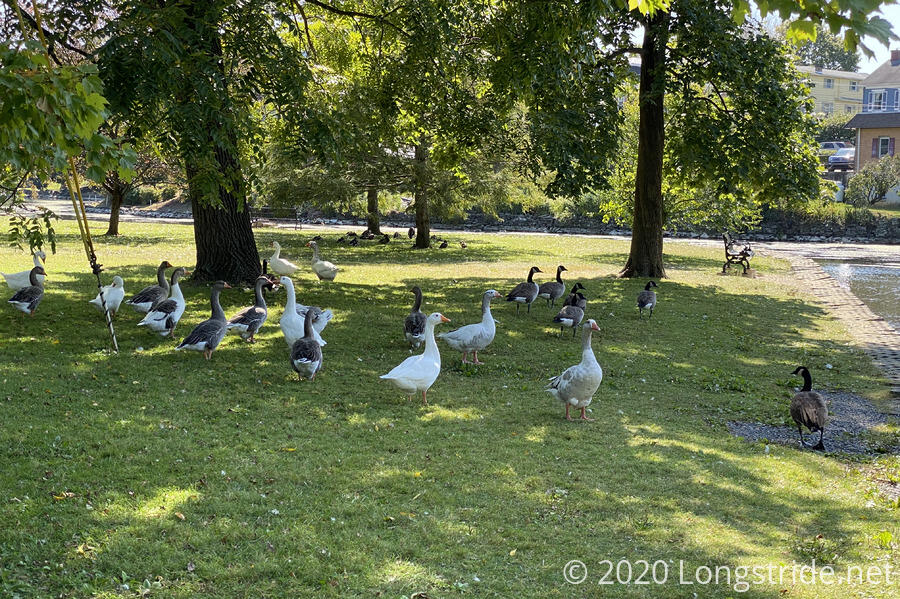 I initially wasn’t going to get anything to eat in town since I had more than enough food, but I decided I needed ice cream, so I went to the nearby Caffe 101, and wound up getting a sandwich in addition to ice cream. I wound up taking an hour-long break there. As I was leaving, I stopped to chat with “Mister President”, a southbound hiker that had just arrived, before I finally made my exit. 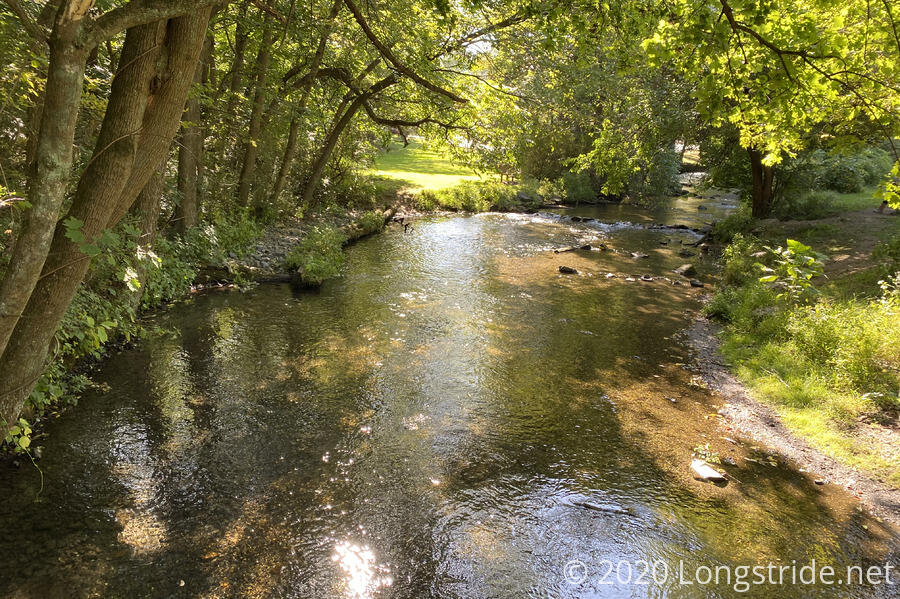 Leaving the town, my target was the next shelter south, the Alec Kennedy Shelter. The trail crossed another creek at the south end of town, the outflow from the lake, and again entered farmland on its way towards the mountains. As I was heading through one field, a farm truck drove in circles around the next field over, blowing something foul-smelling into the air that largely blew into the field the truck was circling. I was just glad I was able to get past that field before the truck came back around while I was even closer.

Just past the entrance to the forest and the start of the climb up the mountain, I passed “Cinderfella”, a southbound thru-hiker. He would arrive at the shelter not long after I did.

The trail once again took me past the no-longer-accurately-named Center Point Knob, but apart from that, I didn’t really notice much of the trail between the farmland and the shelter, since I managed to go the four miles at almost three miles an hour. I assumed it was the caffeine from the soda I had at the restaurant that gave me a boost of speed, considering I now had five days of food I didn’t have on my hike into town.

The shelter has a spring, but the spring was dry. Feeling slightly adventurous, I followed the spring’s drainage to a creek that the AT would cross south of the side-trail to the shelter. The creek there was a bit shallow and hard to get water from, so I followed the creek downstream towards the AT, using an old trail that went in that direction. Cinderfella was (understandably) a bit surprised when I returned from the direction of the AT, after having been gone for awhile.

Tomorrow: A fifteen mile day to the hostel in Pine Grove Furnace State Park, which I was surprised to learn yesterday is open.