After another fine free breakfast at the First Baptist Church, got the 9 am shuttle back to the trail.

I decided to take a "short" day of "only" 11 miles to not over-exert my leg, which felt much better in the morning. Throughout the day, it gradually started hurting again, but it never got as bad as it did the other day, so I'm glad I didn't push further.

Weather today was wonderful. It was overcast but warm in the morning, cooling gradually with a bit of a drizzle mid-hike. The weather fairy struck again; the original forecast called for rain and thunderstorms.

Shortly before making it to the shelter, we stopped at Wayah Bald, with a great view, and a stone tower. 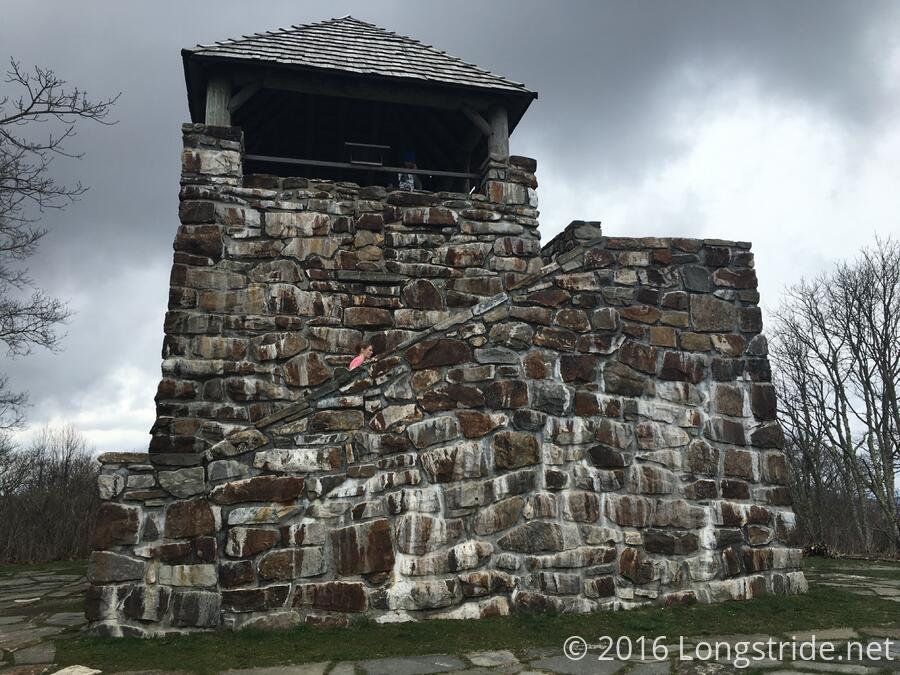 Wayah Bald Tower — The roof to the tower was later destroyed in the November 2016 forest fires. 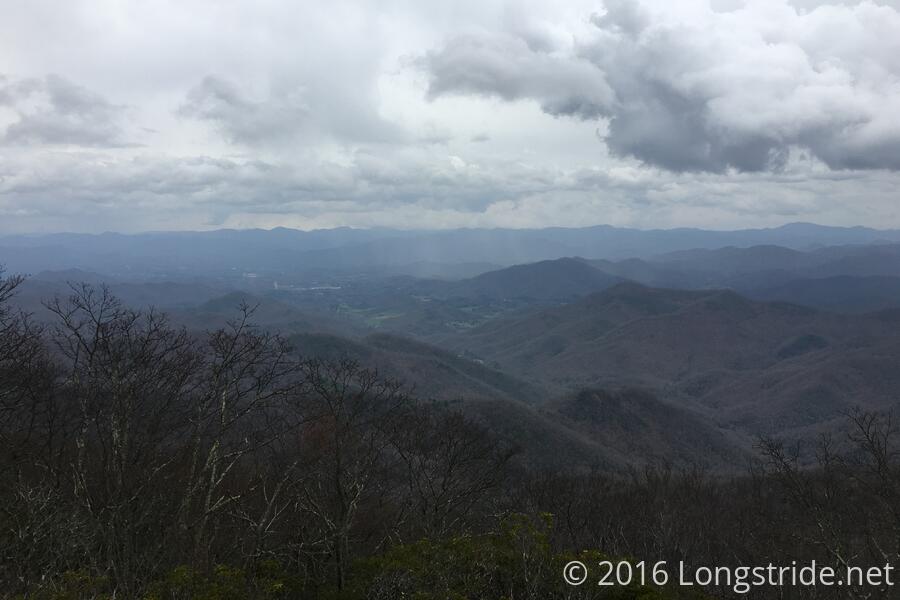 View from the Wayah Bald Overlook

Longstride at the Wayah Bald Overlook

Got to the shelter around 3:30, and me, Beast, Loon, and Verge quickly claimed spots. Shortly after, Sweets (a female thru-hiker I'd seen several times before, most recently in Franklin) claimed a spot, and it was her first time staying in a shelter.

Later on, Peach, a SOBO (south-bound) arrived. He started from Maine last June, and was off the trail twice, once after breaking his foot, and once due to winter weather. Peach is the first SOBO I've met, and it was interesting to hear stories of his (isolated and off-season) trek south. He's only got 120 miles to go, and plans to finish in six more days, flying down the trail that we'd taken almost two weeks to complete.

He talked of going days or weeks without seeing anyone else on the trail, and once went a month without a shower (because all the hostels are seasonal, and were closed). Fortunately, we NOBOs won't have either of those problems. But we still have quite a distance to go, and many more mountains to climb. There was a lot of inspiration, from someone who has been where we're headed, and it was pretty nice.

Tomorrow: looks like it might be another short day, 10.5 miles two shelters ahead. That puts us about six miles of significant downhill away from NOC (the Nantahala Outdoor Center) for resupply, and a very long uphill after.