Last night, apparently there were two groups of coyotes circling the shelter calling out to each other. I say apparently, because despite the incredible amount of tossing and turning I did, I never heard a thing.

Had a light breakfast of one snickers bar (didn't really feel like cooking oatmeal for a short day), and got going around 8:30. After just about four miles, I came upon a very welcome sight: organized trail magic.

The Burningtown Baptist Church, once a year, provides food to hikers, and it just happened to be today. They were providing coffee, biscuits, sausage and gravy, juice, snacks, cookies, and fruit. Later on in the day, they switched over to cheeseburgers for lunch. Totally unexpected, and very welcome.

Ran into Fat Hen and Talon at the breakfast. They had camped at the next shelter 1.5 miles up the trail, had heard about it while they were breaking camp, and decided to leave their stuff at the shelter and walk back to the breakfast.

Later in the day, the trail came close to the Wesser Bald fire tower, so I climbed up the tower, and was greeted with an impressive view of the region. Simply beautiful. 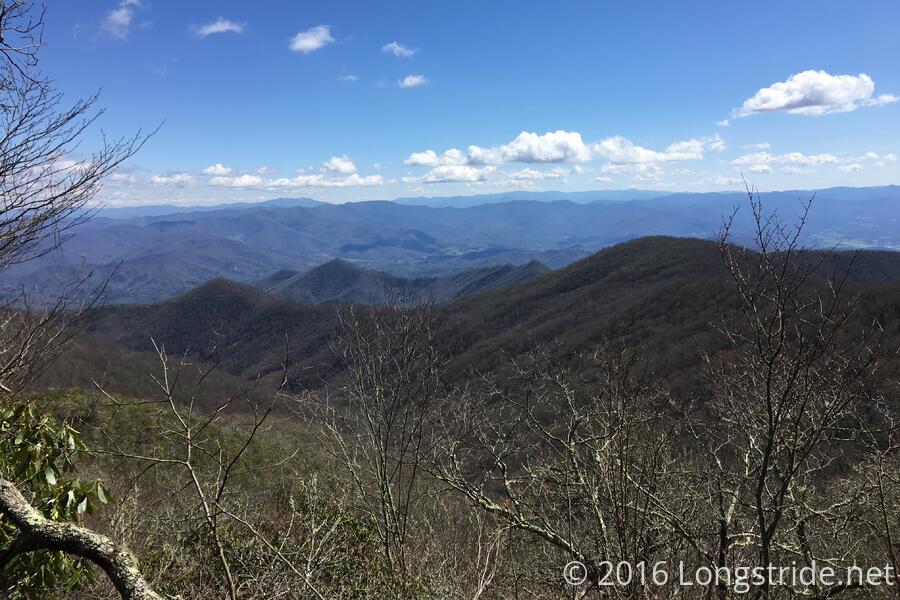 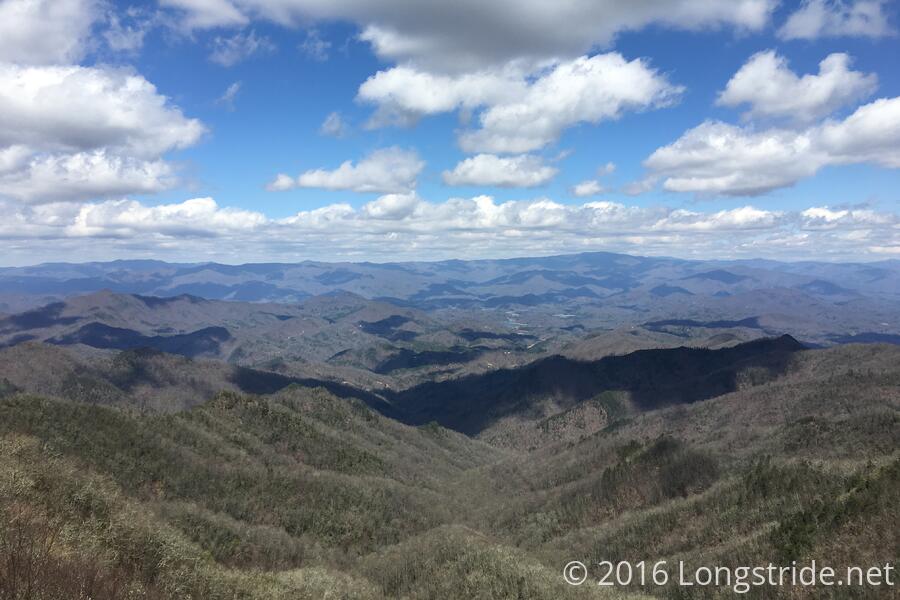 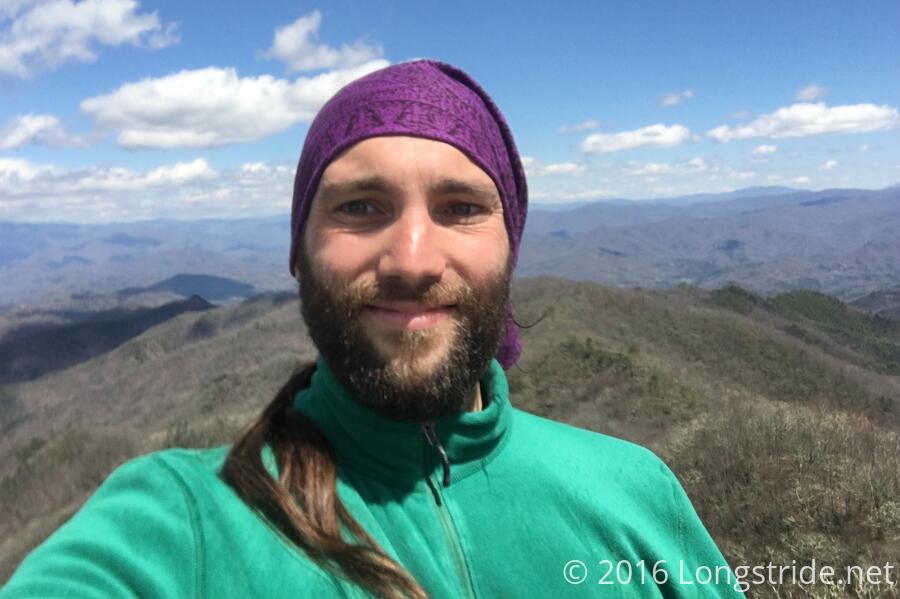 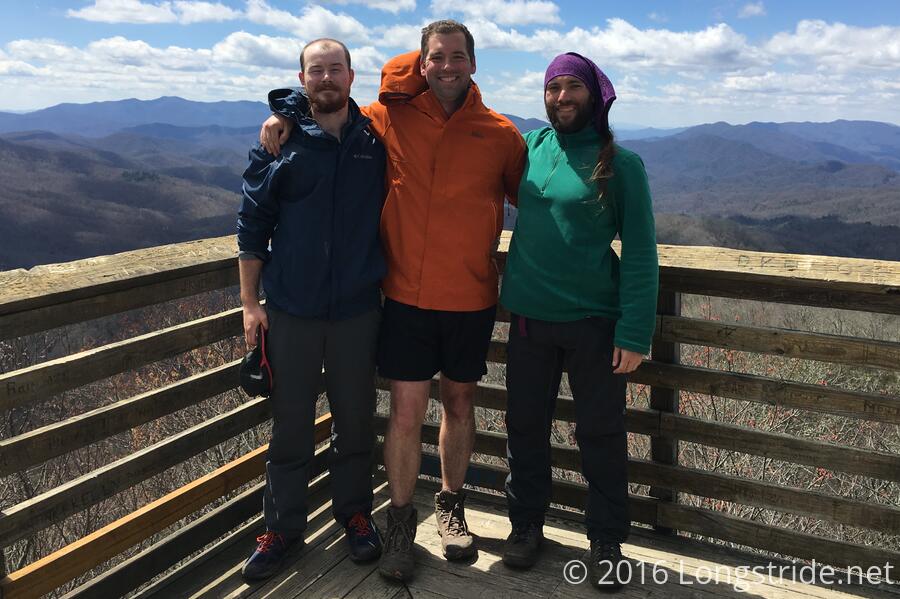 The hike today was very nice. The terrain's gotten a lot easier since we left Georgia. My leg still felt a little stiff, but it made it all the way through the day with no problems, so I think I'll be back to 100% after tomorrow's nero to NOC.

Made it to the Wesser Bald shelter around 3 pm. When leaving to get water, ran into Ghost (whom I last saw in Franklin, though I think I forgot to mention that).

In the shelter's logbook box, I found a bottle of grape jelly, which immediately made Beast ravenous, and he requested my assistance in deciding which of his dehydrated meals to mix the jelly with. We selected peppered beef with rice. It tasted pretty good; much better than you'd expect.

Cleaning up after dinner, I discovered that the hook on my Camelbak bladder broke, so it's no longer supported in my pack. I don't think this will be a problem for now, but I'll have to keep watch and make sure it doesn't cause any other problems. If I happen across a better fitting bladder, like I wanted to do before starting my hike, I'll probably want to switch.

Seven of us are currently hunkering down in the (barely) eight-person shelter, preparing for a sub-freezing night with 40 mph wind gusts. Unfortunately, this shelter doesn't have a windscreen tarp like the last few have had, and the shelter is located in a natural wind tunnel. It also doesn't help that the cold is coming up through the gaps in the floorboards.

Unfortunately, after we all got comfy in our sleeping bags, we realized the fire we restarted was still going, with no one minding it.

When we got to the shelter, we noticed the fire pit near the shelter was still smoking from the last people to use it, so we collected some firewood and relit it. Now, though, there's no one minding it and it's still burning. Beast volunteered to take one for the team and go out and deal with it, so he used extra water supplies from two of us to douse the flames (eventually assisted by the last person who was at the fire, who had thought he had doused the flames, not realizing the depth of the burning embers, which reignited in the wind).

"Thanks for the water."

"No problem. It's the least I could do from the comfort of my sleeping bag."

Tomorrow: thaw out, then short, but very downhill hike to NOC. 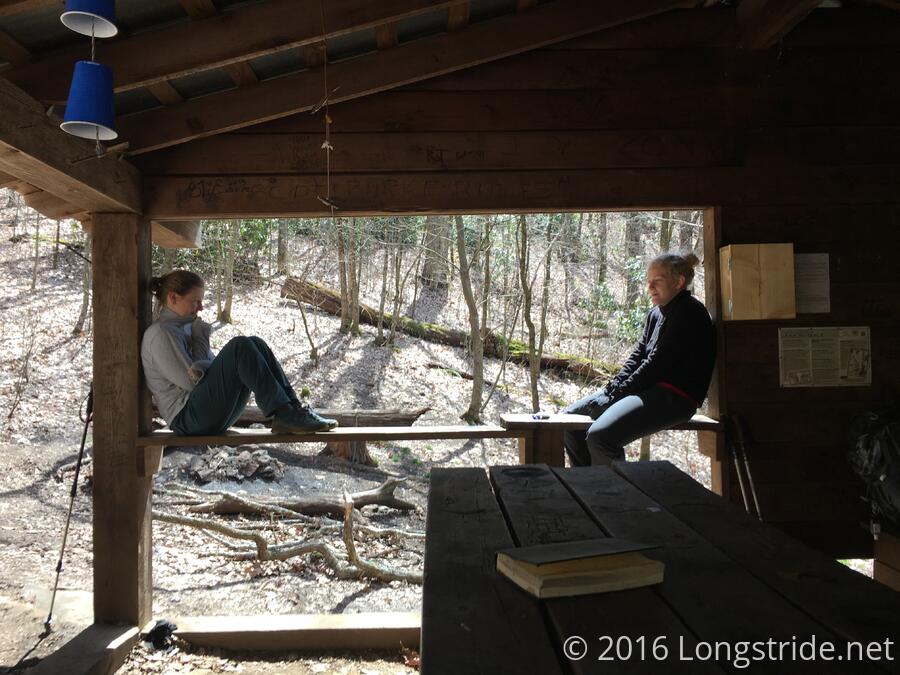 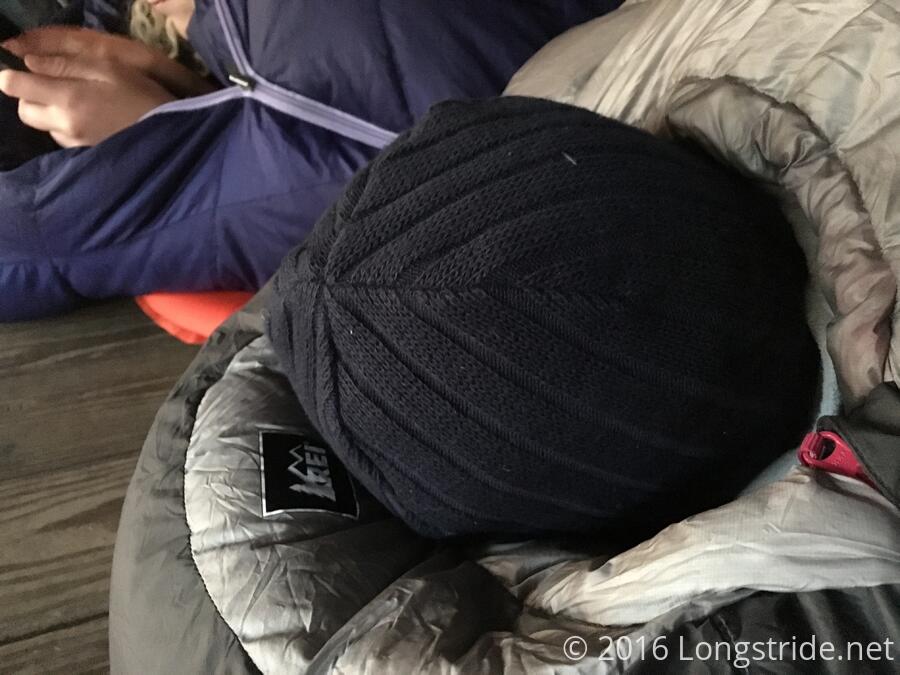 It's cold outside! — Verge hides in her sleeping bag. 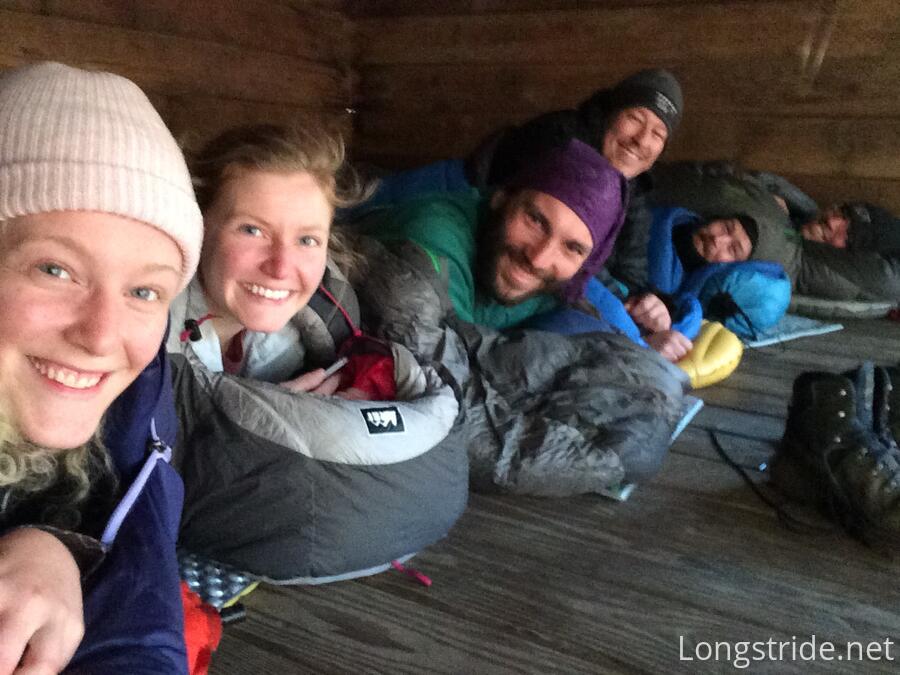