Our shuttle driver up to the trailhead showed up about 15 minutes early, before we were ready, so we wound up rushing a bit to get everything we weren't taking on today's slackpack stowed in the motel's storage room. We wouldn't realize it until later, but this resulted in us forgetting Beast's towel in the room.

Our shuttle driver took us to Hardees so we could pick up breakfast, and then we were off to the trail.

When we got to the trailhead, it was perfect hiking weather (for me): warm, but with a cool breeze. Naturally, though, the cool breeze disappeared almost as we went down the first hill.

Frustratingly, and as I feared would happen, Beast barely made it to the first (gravel) road crossing, almost completely downhill. I tried to offer encouragement, but he couldn't go on further. To make long and repetitive story short, he arranged for his dad to pick him up there, and afterwards, I continued on to our planned destination, where they would pick me up. It was especially frustrating that Beast couldn't continue, because today's hike was easy, especially with slackpacking.

I passed the 800 mile marker halfway through the day. The numbers keep getting bigger, faster. 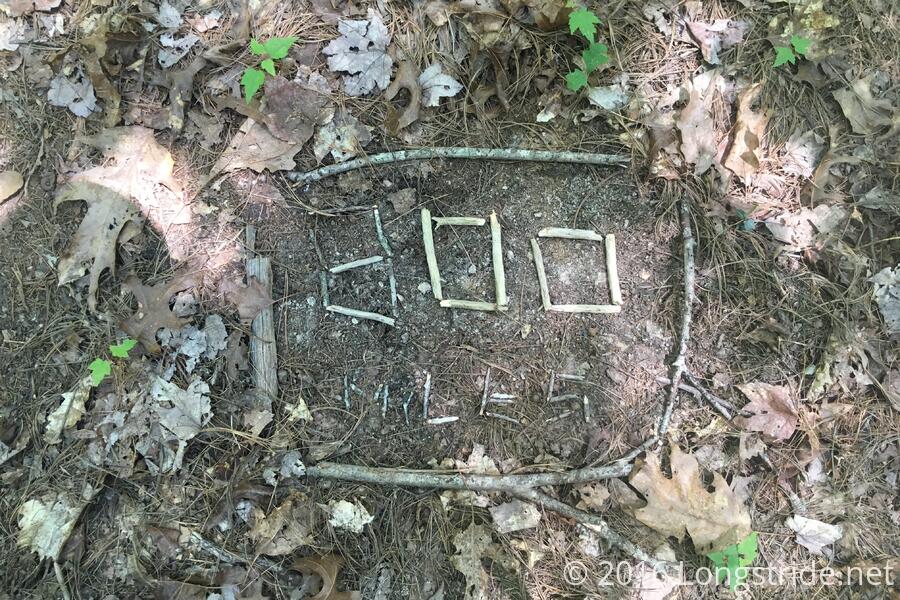 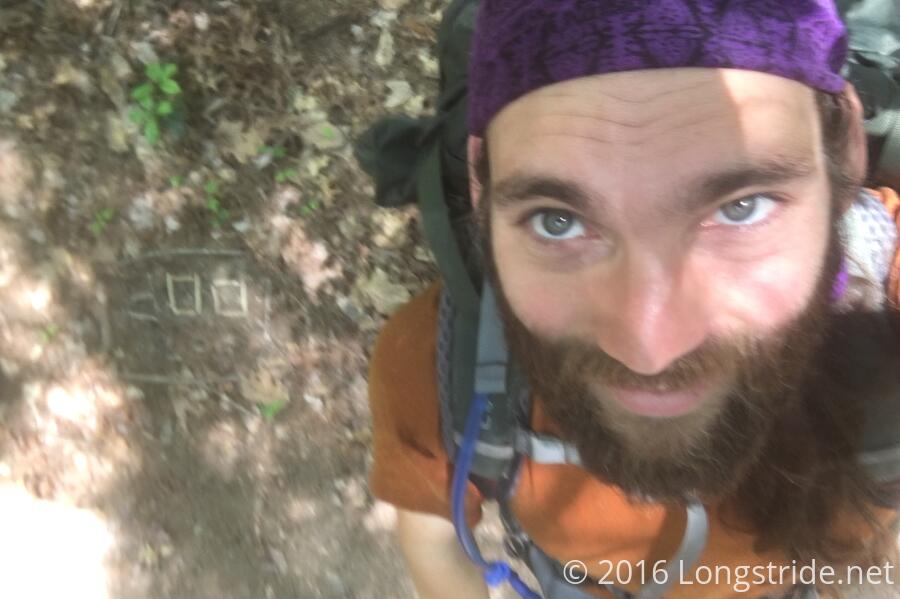 About a mile and a half of today's hike was in what used to be a community of freed slaves. The community disbanded in the early 1900s when they sold their land to the Forest Service, and almost nothing remains of their buildings. In that area, a large part of the trail parallels the creek, so it was a generally more scenic segment than the usual forest-and-trees-everywhere hike.

About two miles short of my destination, at the Brown Mountain Creek Shelter, I took a quick privy break, only to come back to find a dozen bees swarming around my pack. I managed to grab one of my poles, and used it to shoo the bees away from my pack so I could relocate it before putting it on. Unfortunately, the shelter log was on the picnic table near where my pack was, and the bees were still swarming around the table, so I skipped signing the log. (My entry would have read "This place is swarming … with bees!")

I made it to my destination, the trailhead at US 60, and couldn't have been there more than two minutes before Beast and his parents arrived. Talk about perfect timing, especially since I hadn't had cell service all day, so had no way to communicate with them.

We gave fellow hiker Big Bad Wolf a ride into town, and the five of us ate at the recently-opened Foot of the Mountain Café, which had excellent food.

After returning to the motel to pick up the gear we left, we headed towards Waynesboro, to the home of friends of Beast's parents, Bonnie and Bill.

The rest of the day was largely uneventful. I got a shower, and while Beast was getting his, his dad and I went on a resupply run to Walmart. Afterwards, the six of us had dinner at Logan's Roadhouse.

Beast won't be getting back on the trail with me tomorrow; instead, he's going to see a doctor to get an opinion of something he can do to fix his running-out-of-energy problem. One thing that's possible is that with the higher temperatures, he's sweating so much that even with the electrolytes from his energy drink mixes, he's still losing more salts than is sustainable. Hopefully, he'll be back to join me when I get to Waynesboro.