As expected, today was a nice, low-key day of the three Rs: rest, resupply, and restaurants.

After waking up late, I went over to the Teddy Bear Restaurant and got their hiker special breakfast (sausage, eggs, and hash browns, for half-off the regular price).

With hikers Papa Bear and Cruiser (Jay), I took the bus to the local supermarket, to pick up food to make it to the next trail town, Wrightwood, which should be another six days ahead. On the bus ride back, I got off early to stop by a sporting goods store to pick up a fuel canister.

I should now finally have an actually reasonable amount of food: my snack stockpile is down to about ten days worth, given how much I’ve actually been eating, so I should be able to enjoy a lighter pack on the way to Wrightwood than I’ve previously had on this hike. Though, I did not fully take into account the food opportunities available on this segment, so I’ll probably wind up with an extra day or two of food when I get to Wrightwood.

After walking back to the hostel, I packed my food, and then went out for Thai food with Sparky, Ghost Hiker, and Trooper.

After throwing my clothes into the laundry, I took a nap, and then went out for Mexican food with Cruiser.

And, that’s pretty much it for the day.

Tomorrow: breakfast, and then a pair of busses to get back to the trailhead, and then I start the next leg of the hike, to Wrightwood. 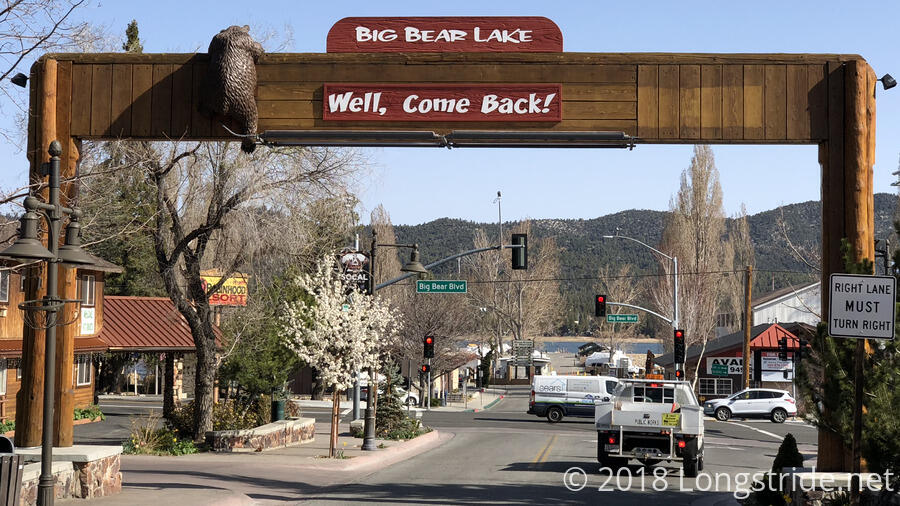