The rain from last night continued mostly through the night, occasionally pausing (but still remaining foggy). In the morning, thunder was added to the mix, but thankfully, the rain and thunder both stopped before I left the shelter.

The trail over the three miles or so between Deer Lick and the next two shelters was actually very nice, and mostly downhill. I probably could have done the distance yesterday without a problem, but all the same, I'm glad I didn't.

The afternoon brought a rock field that, while well blazed, the path forward was not always entirely clear. While annoying (especially since it started raining and thundering while I was going through that section), I can only assume that this is training for Maine. 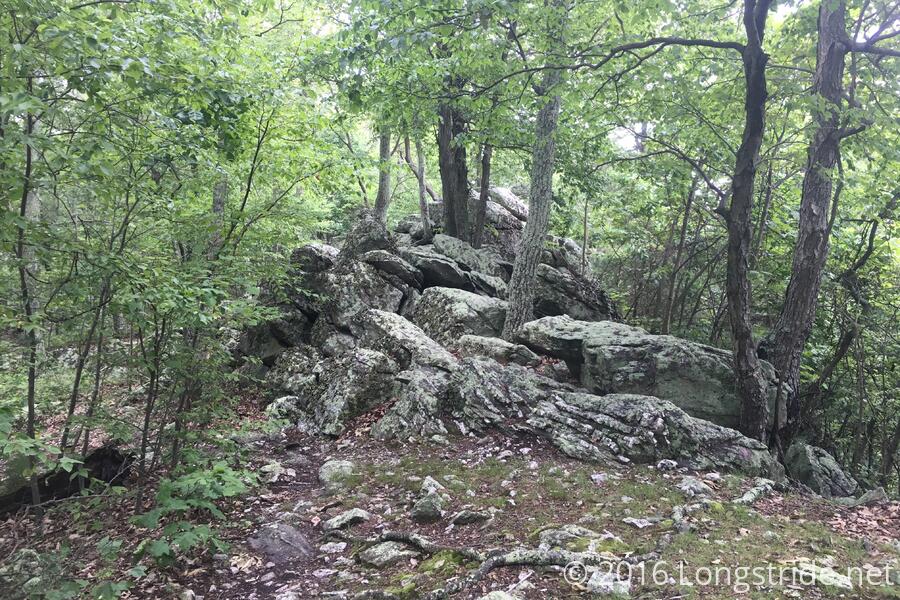 Rocks — A reminder that I’m in Pennsylvania now.

The trail mellowed out significantly (that is, became flat and easy) as it entered and went through Caledonia State Park, only to turn into a "Most Difficult" steep climb up to the Quarry Gap shelter. 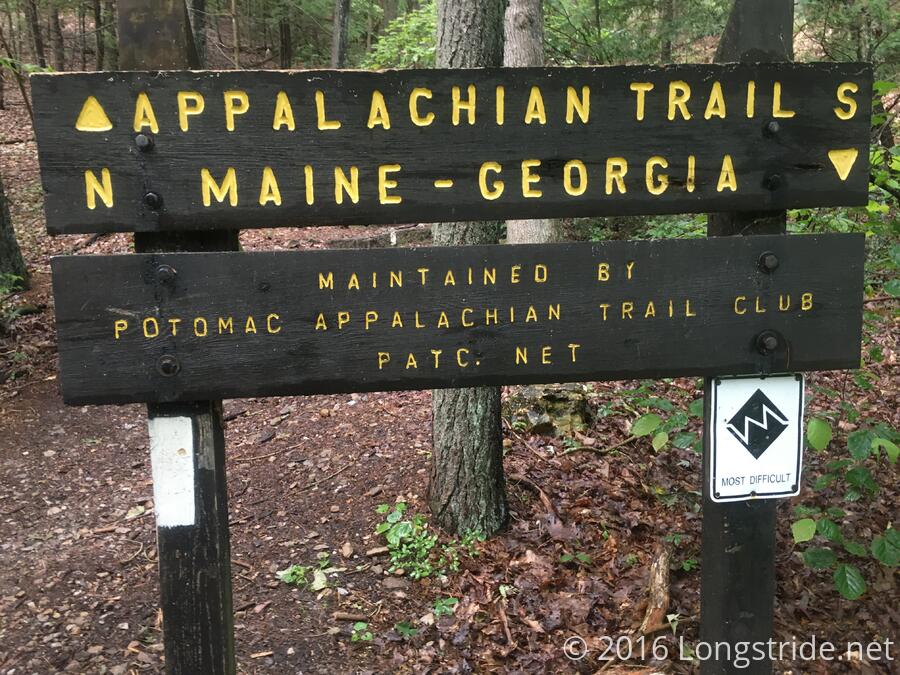 A Most Difficult Trail

The Quarry Gap Shelter, by the way, is awesome. While it only sleeps 8, 6 comfortably, it's caretaker has made it quite exceptional in all other ways. It has hanging flower pots, a bench, a swing, magazines, a sundial, a diverted stream with landscaping (and easy to get water from), a skylight over the covered picnic table, a second covered picnic table, games, and more. The privy even has a book on outhouses. The only thing the shelter doesn't have is wifi.

Quarry Gap Shelter — The Most Awesome Shelter on the AT

There were a number of occupants both new and old for me, but the most remarkable new person I met was SLAM ("Stop Looking At Me!"). Only 19, she's already hiked the PCT and CDT, and is completing her triple crown this year with the AT. After doing 120 miles in three days to get to Harpers Ferry, she is planning on doing 50 miles tomorrow. (I'm planning on taking three days to cover that distance.) This, I think, is insane, but it's an awesome feat for those who can do it. But if there's a place to do it, this is probably the place. The elevation profile for the next 50 miles looks exceptional, though there are certain logistical challenges that force a commitment to go the whole distance after 33 miles or so. I'll get into that in a few days.