After a pancake breakfast at Green Mountain House, Supe and I got a ride back to the trailhead, and the trail began its ascent of Bromley Mountain. Wanting not to further injure my foot, I maintained a slow, but steady, pace throughout the day.

Bromley, a little shorter, and a little less steep than Stratton, was a little easier to climb. The trails have been slowly drying out, so the mud was considerably more manageable today, with only a few mud pits worth any notice.

As usual, the trail forged through the woods, with no views to speak of until about a third of a mile from the summit, where a small clearing provided a view to the south. Shortly after, the trail joined a ski slope: steep, grassy, and not recently mowed.

The steep climb up the ski slope provided some excellent views looking behind, and I imagine the views in the winter make this a very popular ski slope. The grass seemed to be a breeding ground of flies and gnats, and I remembered instantly, upon reaching the summit, how many flies there were there. Another ski slope descends from Bromley, down the eastern side of the mountain, and it appeared to have just as good a view as the one that had been behind me. 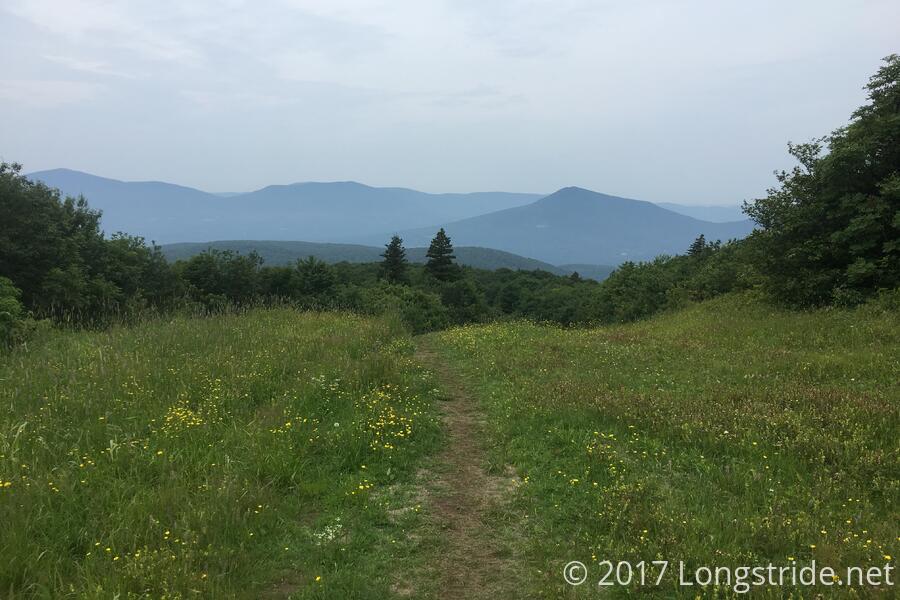 The LT then descended the northern side of the mountain, through a rocky and rooty trail until it reached the trailhead and a forest road at Mad Tom Notch. The 5.2 miles took about three and a half miles, a relatively slow pace, but my ankle seemed to be relatively fine with it.

Supe was already there, nearly finished with his lunch break, as well as another hiker, Long John. I also took my break there, and shortly after I got my snacks from my pack, a family drove by on the forest road, and asked if we needed water or anything. Jokingly, I said that I was fine, unless they had any cold sodas. They counter-offered with a banana and clementine for each of us. A little while later, after I had finished, another couple arrived, and also asked if we needed anything. They very generously took the trash I had just accumulated — a couple of snack bar wrappers and a banana and orange peel.

Next up was the Peru Peak Wilderness, which contained Styles and Peru Peaks. The hike up Styles was a shorter, but steeper, climb than Bromley. As is the custom for Vermont, there was a great view at the top. And also a golf ball, because what summit doesn't need a golf ball? From there, the trail bounced around, dropping for a bit, and then rising up to the completely viewless Peru Peak. On Peru, the trail passed through an area where moss lined the trail. 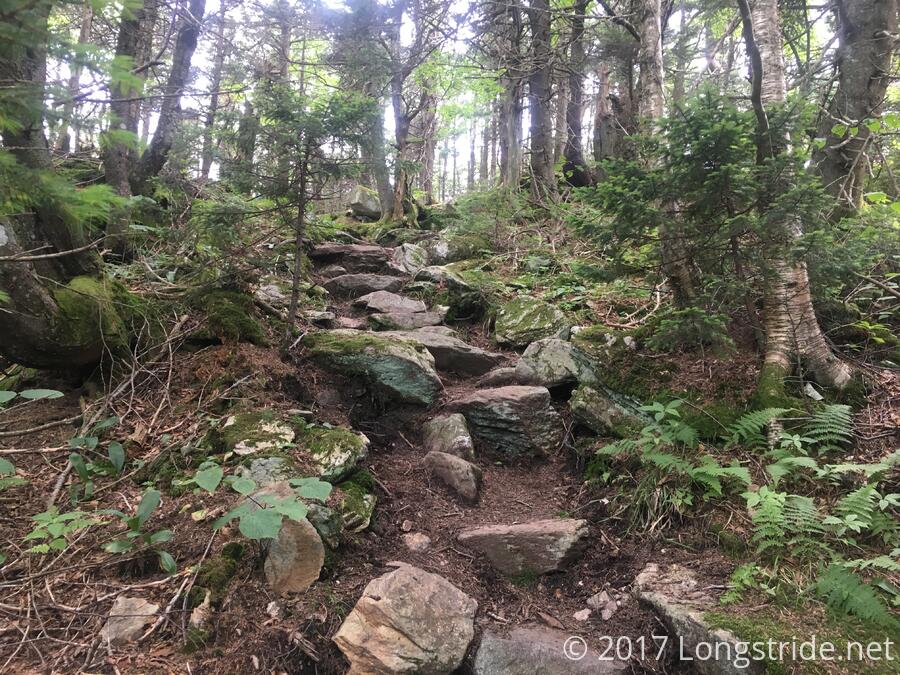 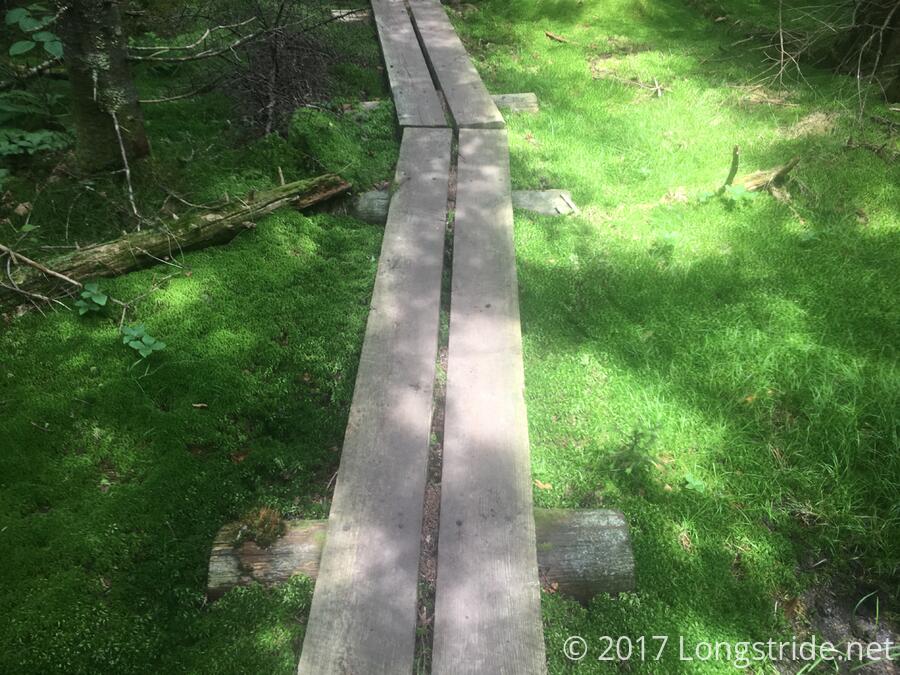 From the peak, it wasn't too far to the Peru Peak Shelter. While it was not my original plan to stop there, my feet vetoed hiking further. They just hurt too much.

The shelter faced a stream with a small waterfall, so there was a nice quiet stream bubbling that made for a nice backdrop to the shelter.

Here tonight were Shamwow (whom I met atop Bromley), and brothers Spider and Warrior; the three were out for a short LT section hike. Also here was Shredder and Trash Bear, AT SOBOs. Gas was also here, as were a few others.

Shredder also has studied forestry management, and gave a more satisfying answer to a question that had been bothering me since last year: why do National Forest Wildernesses explicitly prohibit hang gliders. Her answer, roughly, was that wilderness areas are meant for the enjoyment of the wilderness, and people can't enjoy the wilderness with hang gliders flying overhead (or coming down near them).

Tomorrow: Hopefully 14.5 miles to Greenwall shelter, through the White Rocks Mountain and a ton of rock cairns.