Today began my entrance to the High Sierra in earnest, though I have to admit, I was a bit surprised that there was still cactus along the trail.

I repacked my pack today, in particular my food, and just barely managed to cram everything into my (now very heavy, very overstuffed) pack. Bear canisters, by their nature, are very inflexible, and unfortunately don’t pack very well when you’re trying to fit other stuff in. I was hoping to get it into my pack horizontally, but it was just too tight of a fit to work. Once I get a day or two of food eaten (that doesn’t fit in my bear can), though, my pack will be a lot more reasonable, both in weight and in bulk. Right now, I have a completely full bear can, a full food bag, and some other food that is just crammed into nooks and crannies in my pack since that’s the only way to make it fit.

I had lunch, and then around 3, several of us got a ride back to the trailhead: me, Quoi, Dylan, Sassy K, House, Salmon, Skipper, and Lost. This would be my latest start ever on the trail, and given the time, I expected we were only doing about 7 miles, to a creek with campsites, or the meadow with campsites shortly after. 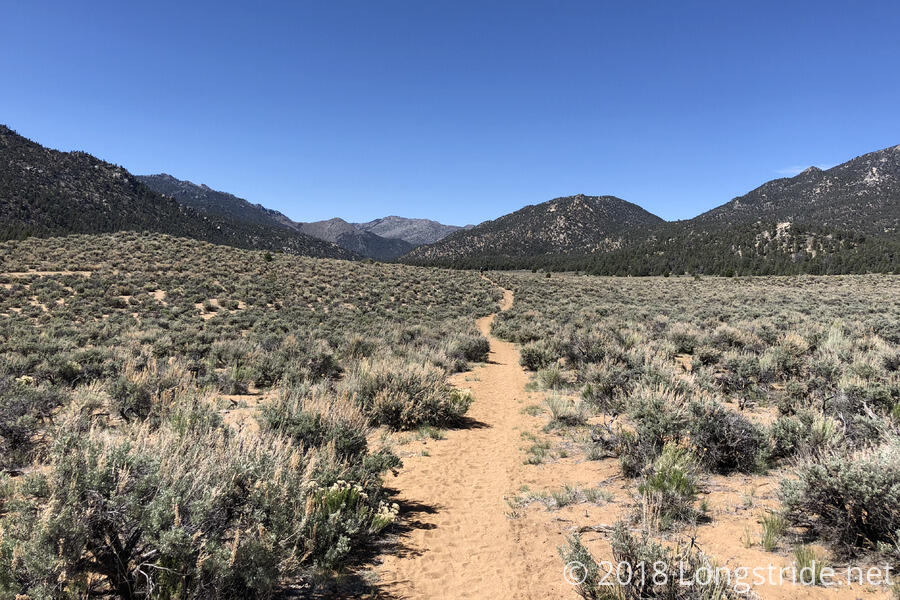 Off We Go, Towards The Mountains

The trail started off nearly flat, as it continued to follow the Kern River South Fork. Once it crossed the river (on a bridge), it got steeper, though not terribly so.

The trail went through another burn area, and in the steepest section, there were a few very steep and slightly tricky detours around large trees that had fallen on the trail.

Weighted down with too much food, I was a bit slow on the uphills (though still faster than Quoi and Dylan, who fell behind after a few miles), and I was a bit surprised when I got to the campsites around 7 miles and didn’t see anyone. I pressed on, still slow, but with enough energy from all the food I ate earlier to make it to the top of the hill the trail had been climbing.

Shortly after entering a pine forest near the top of a hill, I reached camp a bit after 7:30, catching up with everyone else in the truck, and in the process, setting a new personal record: 10.4 miles without a substantial break (or snack). (My previous was around nine miles on the Appalachian Trail, from Pine Grove Forest State Park in Pennsylvania, to a road crossing, with terrain not dissimilar to what I did today.)

It was pretty cold and a little windy at the campsite, and once I had my tent set up, it was after sunset and I wasn’t really in the mood to try and cook dinner in the cold. Besides, I had already had a huge pancake breakfast, a cheeseburger, and a banana split (as well as a few sodas), so I’m not actually sure I’d have been able to eat all my dinner anyway. Instead, I ate all of the snacks I had set aside for today’s hike, which probably amounted to a good portion of a dinner anyway.

Quoi and Dylan never made it to camp, but I doubt they were planning on going quite this far today. I know I wasn’t.

I also have to admit, I was a little disappointed in the lack of exceptional scenery today, but I get the distinct feeling something amazing isn’t very far away. 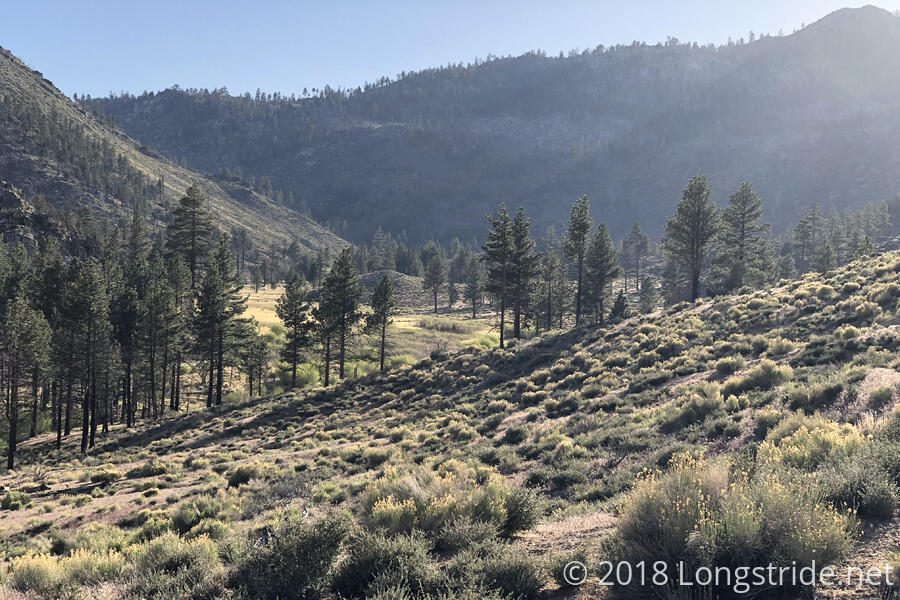