I slept in today, and didn’t leave camp until almost 8:30. It was cool and windy out, which made it rather compelling to stay in my sleeping bag. Ultimately, though, I had to get up, because the trail wasn’t going to hike itself.

The trail started off with a nice downhill, and after a few miles, passed a 3,000 km (1864 miles) marker. Shortly after, the trail had a view of Miller Lake, which looked vaguely like a lake-sized Pac-Man. 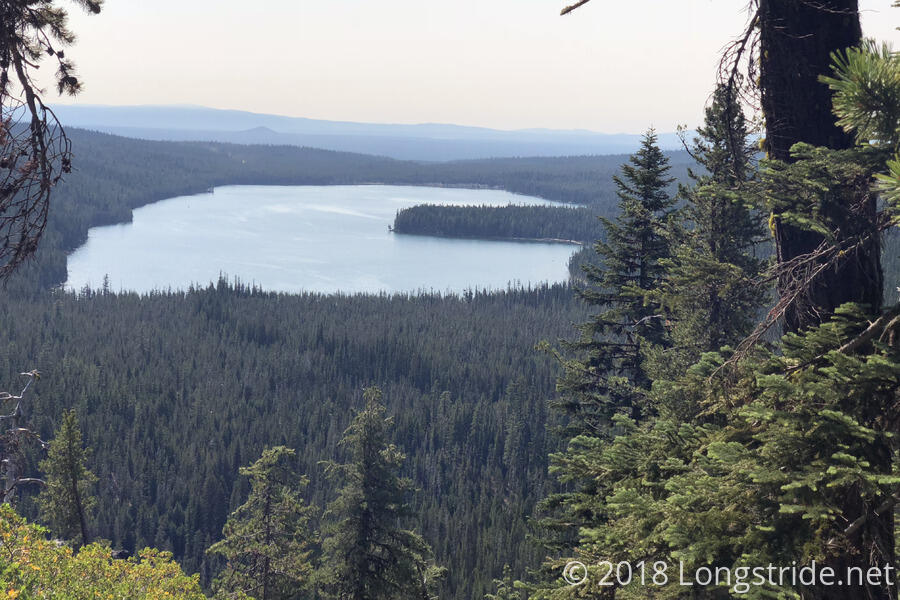 For much of the morning, the trail went through forest, which did a great job of blocking the sun at the expense of views. (Not that there’d likely be much from views, with the smoke from distant fires.) In one area, the trees were heavily covered with thick, stringy moss. 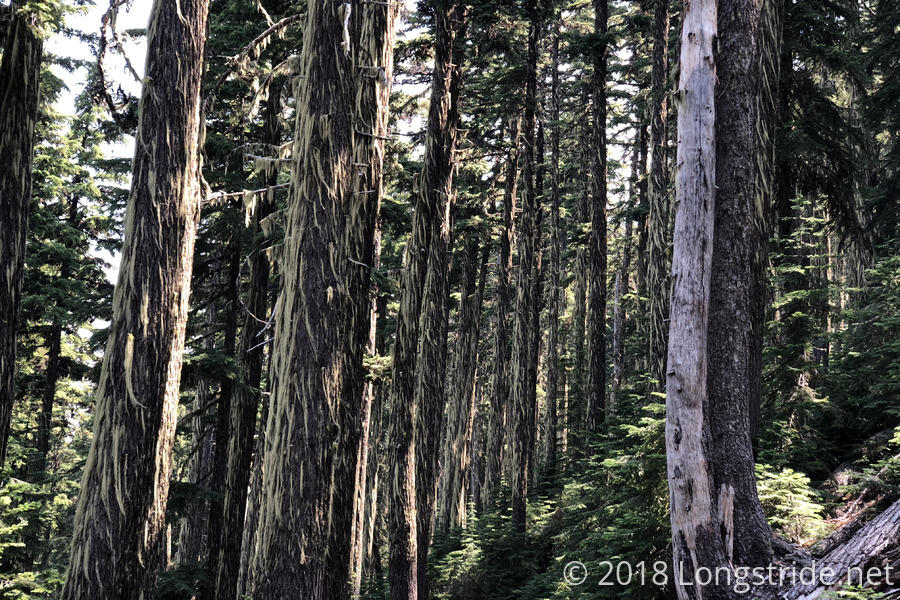 An interesting new fauna in Oregon are what I’m calling “ground gnats”. In California (and on the Appalachian Trail), gnats tended to swarm around head-height, meaning that when you hiked through a swarm, they tended to follow your head, leading to their annoying characteristic behavior of dive-bombing into your eyes or nose. These ground gnats, by contrast, swarm about a foot off the ground, so hiking through them is of no major consequence. Even if they did dive-bomb my legs, it wouldn’t be much of a nuisance. And they rarely followed me, which was even better.

In the early afternoon, the trail went through yet another burn area. Much like the others, it was exposed to the sun, and there were thousands of trees in various states of collapse. There were also quite a lot of wildflowers growing amid the stumps. 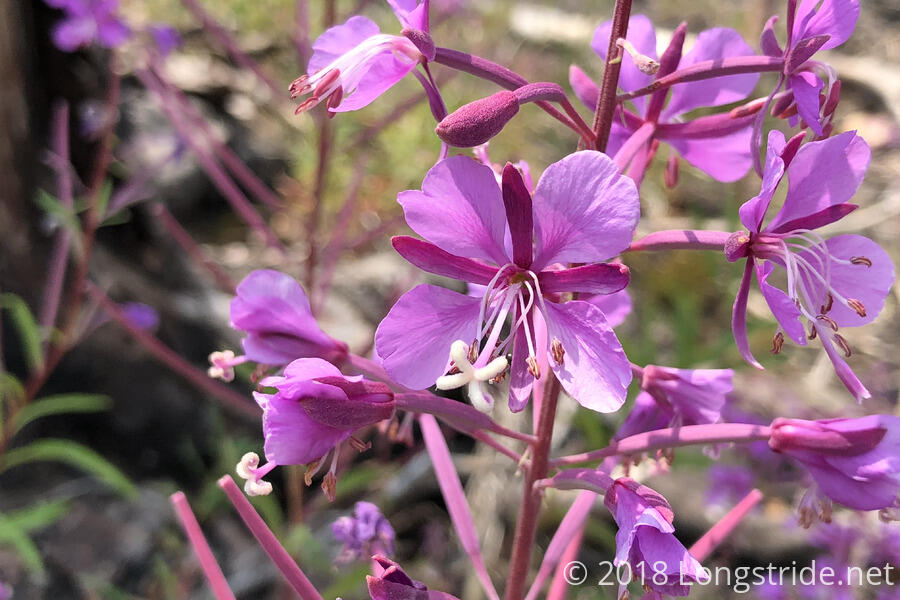 I stopped at Windigo Pass around 2:30 for diner. The pass, which has a dirt Forest Service Road that passes through it, has the northmost of the three water caches managed by Devilfish. Additionally, there was a half dozen or so batteries that could be used to charge devices, a solar charger to charge the batteries, and some other minor supplies. Thanks, Devilfish, the water was awesome, and the rest of the magic was pretty cool, too!

There were also at least four chipmunks running around the trailhead and campsite. They provided nice entertainment while I was cooking my dinner, watching them scamper around looking for food. (I was glad, though, to not be camping there; the last thing I need is for a hungry chipmunk to decide to try and eat its way into my tent.)

Windigo Pass is also the southern junction of the Oregon Skyline Trail alternate, which connects directly to Shelter Cove, my resupply destination for tomorrow. The OST is about eight miles shorter than the PCT, which made me consider taking it. However, while the route was described in my paper maps, it wasn't on my phone guide. And, since I hadn't planned to go that way, I didn't want to gamble on campsites and water. Maybe next time!

After a nice two-hour break at Windigo Pass, I continued on, heading uphill, and passing a marker for 1880 miles out of small rocks on the side of the trail. Cowhorn Mountain was the next view.

The whole ridge there had a number of excellent views, both of Cowhorn Mountain, and the valley beyond.

After passing Cowhorn Mountain, the trail began a long downhill, and I hiked as quickly as possible, hoping to get to the next campsite (3 miles downhill) before anyone else, and with enough daylight left to set up my tent. (The next campsite after was another four miles further downhill, and I definitely would have been night-hiking if I had to go that far.)

Fortunately, I got to the campsite I was aiming for with a good 45 minutes of daylight left, and no one else was there. No one else but the mosquitoes, that is. They were particularly annoying as I set up my tent, and a couple actually managed to make it inside.

Today’s 23.5 mile hike extends my 20+ mile streak to six days, and probably also sets a record for most miles hiked in a week, which will be surpassed tomorrow with a 20+ mile day into Shelter Cove.