Today was a lazy, relaxing day. Several of us grabbed a shuttle from near the shelter to the (nearby) Fontana Village resort, and we had breakfast there while waiting for Beast's parents to arrive, and for them to check-in to their room. 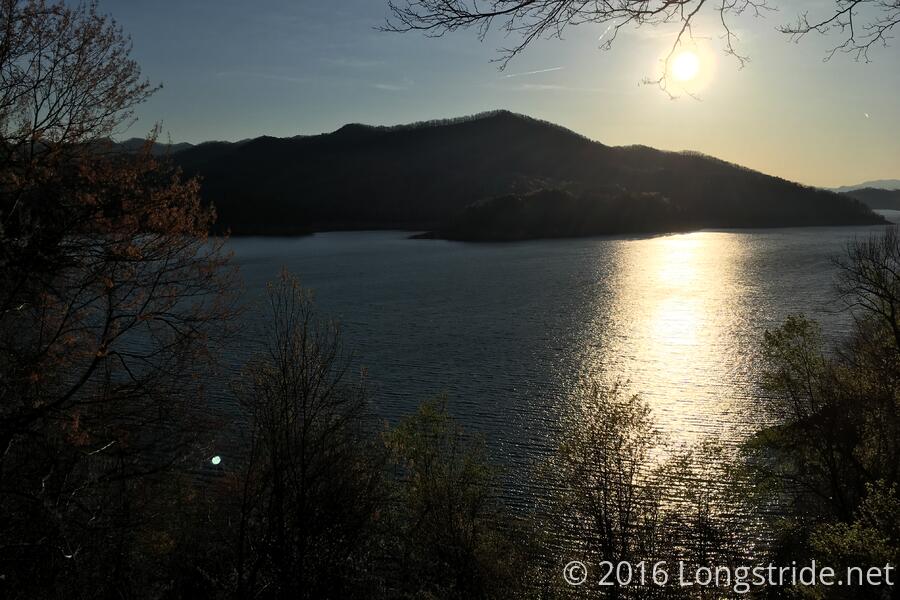 Breakfast was delicious, and afterwards, we (me, Beast, his parents, Loon and Verge, and a few other hikers whose names escape me at the moment) sat in the lobby chatting waiting for the room to open up.

After it became clear that was going to take awhile, Beast, and his parents, and I went to the other restaurant on the property and grabbed lunch, and then we and three other hikers attempted the slackpacking plan we had devised yesterday: Beast's mom would drop us off at the top of the hill near the shelter (where we got picked up by the shuttle), and we would walk the 1.5 miles from there, to the Fontana Dam, across it, and to the entrance to the Smokies. Then, she'd pick us up there. All so that we wouldn’t have to hike that distance with our packs on. As we were leaving to return to the shelter, we passed by a very colorful moth. 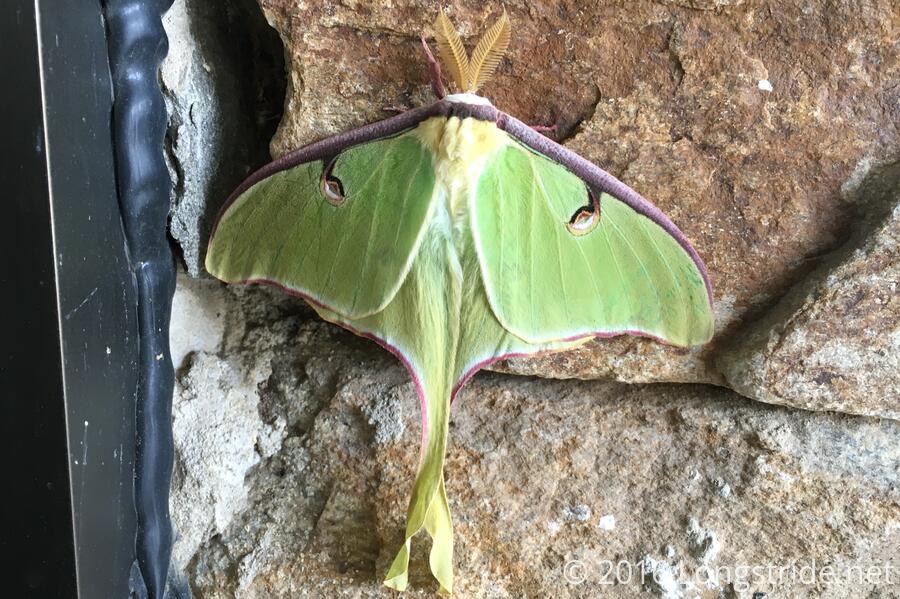 Unfortunately, when we got to the dam, we found that it was closed to road traffic (for repairs to one of the spillways), which made it impossible to do what we had planned. So instead, we went into the dam's visitor center for a bit, and then returned to the lodge. 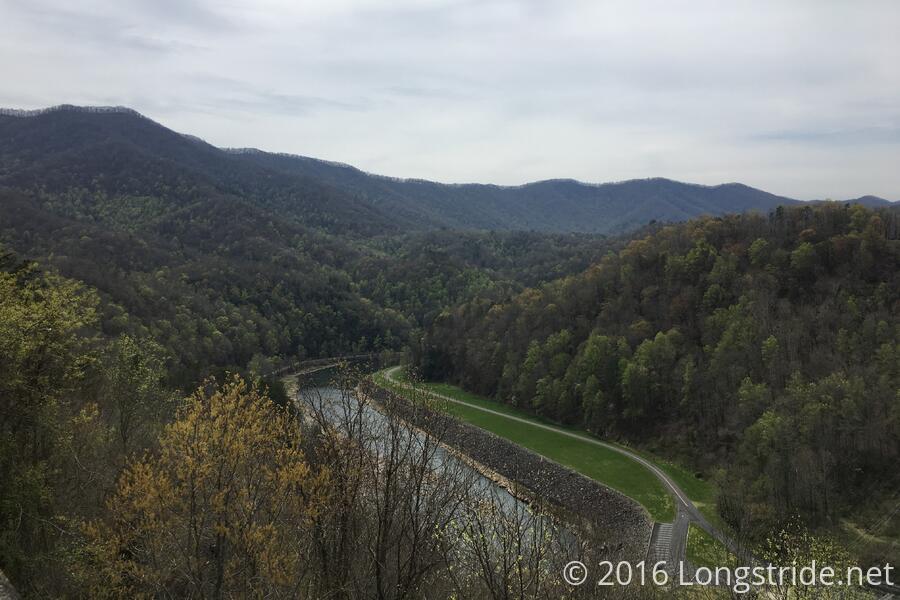 At this point, my plan was still to overnight in the shelter, so Beast and his parents graciously let me use their shower. Afterwards, laundry was done (clean body and clean clothes, what a novel concept!), and Beast's dad played shuttle service for a few hikers (including Mountain Eater, whom I saw at the general store; and Fat Hen and Talon, whom we saw walking, exhausted, along the road) between the lodge, general store, the shelter, and a dropoff point about 1.5 miles along the AT before the shelter.

(I'd just like to say, Beast's parents are pretty awesome, as well as awesomely supportive of both Beast and thru-hikers in general. So, thanks again for the shower and free shuttling!)

During the day, we had learned that several other hikers in another group whom we had been vaguely traveling with the past while had come down with what appeared to be Norovirus. We think it got picked up by someone in that group who lunched at the Brown Fork Gap shelter (just after Jacob's Ladder). Beast and I had stopped to rest (and lunch) at the top of the hill leading to that shelter (but did not go down to it, because it was an unnecessary climb down and back up to the trail). We then think it spread to others at the next shelter (Cable Gap), where we had been intending to stay, and did stop for a break there, but moved on to make it to Fontana Dam.

By the time they made it to Fontana today, they were either clearly sick, or unwell.

It was unclear whom all was infected, or whether they would be staying at the shelter (unwisely) or elsewhere, so rather than getting a lift back to the shelter, I wound up getting a room at the resort here. It's a little pricy compared to Hiawassee and Franklin, but I'd rather splurge a bit and be more safe from Norovirus than take a risk in the (let's face it: also generally more uncomfortable) shelter.

I went to the lodge's restaurant alone for dinner (and intended to type this up then), but then got invited to a table with a group of other thru-hikers, who had stared a few days before me. (Sailor Pete, Scooter, Cheeks, Fried Pickel, and Bulldog.) We talked about experiences on the trail, and shared stories of trail magic and trail demons — is that a thing? I guess it is now? — misbehavior we'd seen on the trail. (Worst that group had seen: toilet paper, and people doing dishes, directly in the water supply; which my group has so far not seen, thank goodness.)

Tomorrow: early 8 am start, enter the Smokies, and at least 11.4 miles to the next shelter at Mollies Ridge. That seems like it'll be a popular destination, though, and appears to have a poor water source, so I may suggest pushing on the extra few miles to the Russell Field Shelter (slightly larger and better water supply). We have a long climb up in the morning into the Smokies (+2000 ft in 4 miles, with a further 700 ft over the next 4 miles), though, so it'll be very dependent on how we feel.

Weather forecast for the next few days looks to be generally lousy, with near or below freezing temperatures and possible snow. Glad I have a 19 degree sleeping bag!