Today was a long, slow, and somewhat miserable climb into the Smokies. It was cold, and the only time the wind wasn't blowing hard was when we were low enough that a hill could block it. It was still blowing, though, and when it wasn't blowing on you, it still sounded like an airplane overhead.

At Fontana Dam, I ran into Chicken Feet, the thru-hiker I was sitting next to on the train ride from DC. My effective zero in Fontana yesterday allowed him to catch up to me, despite him starting a day later. 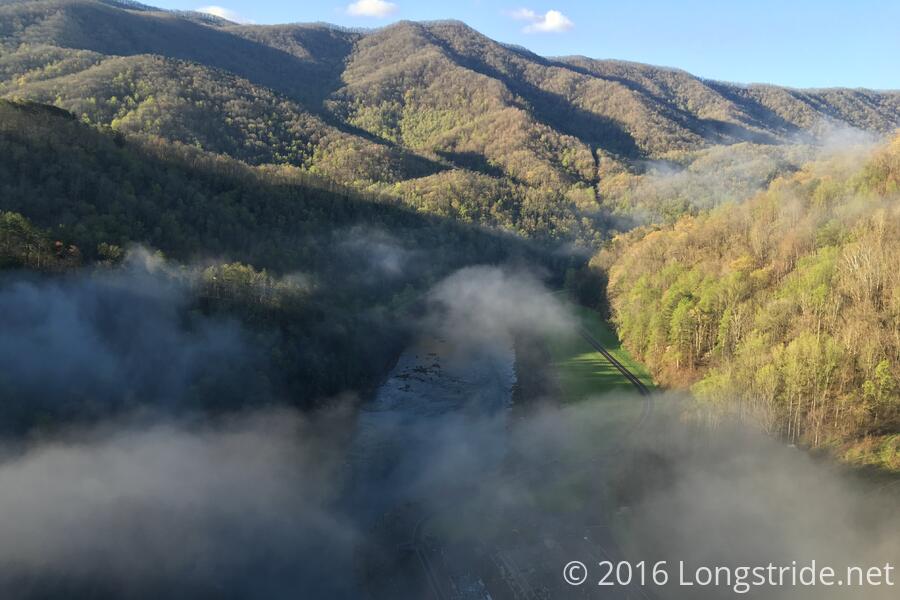 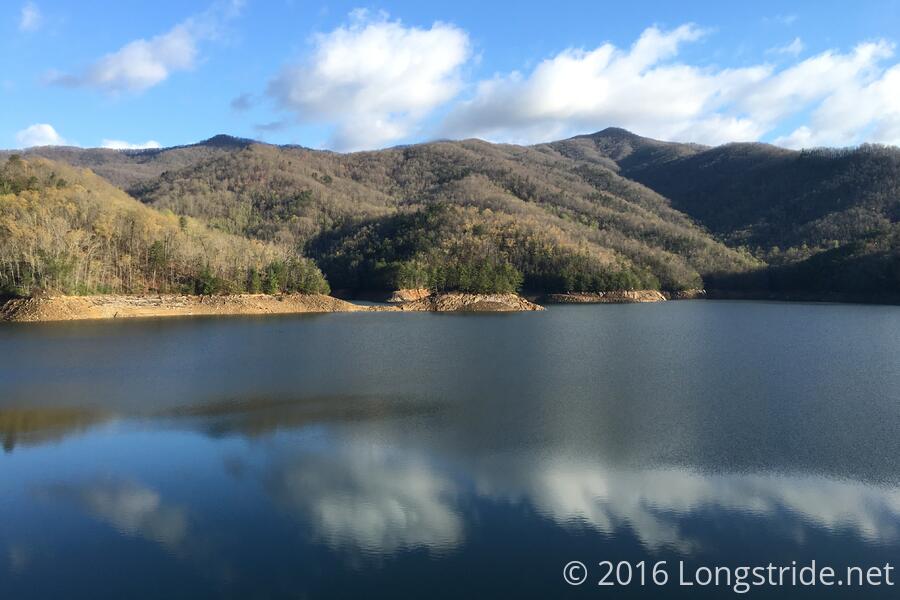 The uphills are wearing on me; the last three days of hiking have all had significant uphills, and it's really frankly rather exhausting. Fortunately, the terrain tomorrow looks less awful, but it still has a lot of uphill.

Passed by several areas that were carpeted with little white flowers. In another day or so when they actually bloom, it will probably look rather stunning. That's one of the nice things of spring slowly following us north. Every day, the trees have slightly more lead growths, there are more wildflowers along the trail, and the saplings along the ground are clearly starting to sprout leaves. 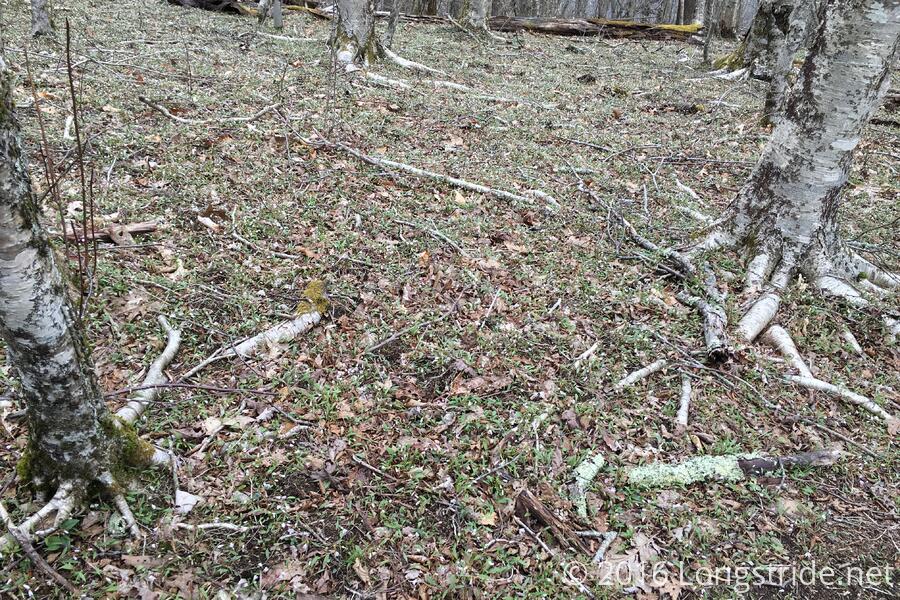 At Mollies Ridge Shelter, we have a full shelter and another tent city outside. The shelter here actually has a fireplace, so in combination with the tarp covering the entrance, it's reasonably comfortable here.

Weather forecast for tonight is snow, with rain possible tomorrow afternoon, so it'll be a fun day tomorrow. 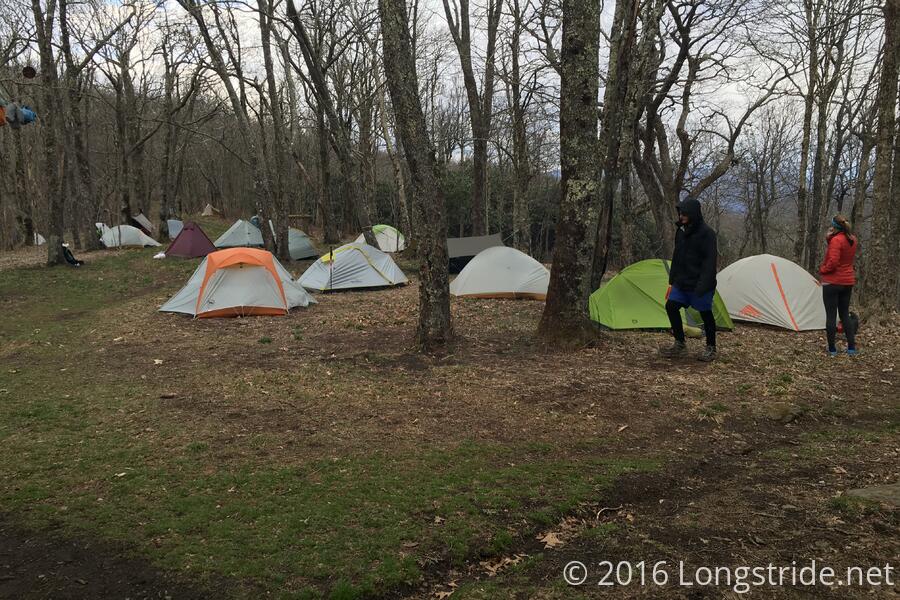