As mentioned yesterday, we had one of the hostel's cats sleep in our cabin last night. This went as well as could be expected. The cat, Ghost, took turns sleeping next to us (at least, according to Beast; I didn't notice the cat on my upper bunk for very long). Ghost was ultimately evicted around 4 am when he got bored and started walking over Beast's neck and curled around his arm and nibbled at it.

Cat aside, I again didn't really sleep too well. The combination of the after effects of the cold (harder to breathe due to stuffy nose), and the largeish dinner and two sodas I had relatively close to bedtime left my stomach somewhat unsettled, and for about half an hour, I camped out in the bathroom afraid I was going to vomit. Fortunately, my vertical posture allowed the carbonation from the soda to (slowly) bubble out, and I eventually returned to bed without an exploding stomach.

In the morning, the breakfast shuttle took us to and from Huddle House (attached to a gas station, they provide 24-hour waffles and burgers), and we eventually got back on the trail around 10:20.

Tired from two nights of lousy sleep, I took the uphills slowly. The initial departure from Erwin was a nice, largely level, forest walk, and could easily have been a nature trail in any other local park. Afterwards, it was a lengthy climb up the mountain. 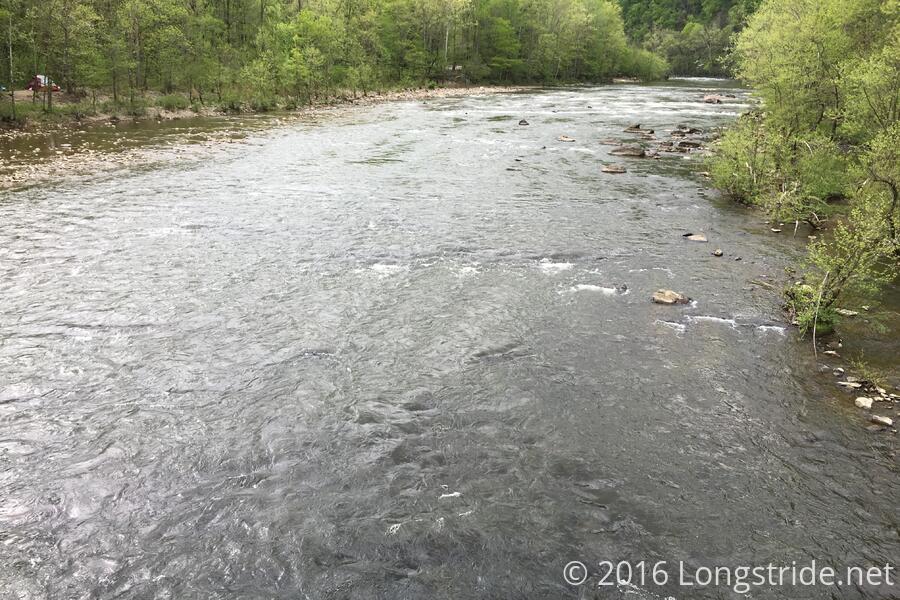 While the cold I had is itself over, my sinuses continue to fill up, which makes breathing more difficult — breathing through my nose is hard without starting to push snot out; and breathing through my mouth dries out my mouth and wastes water — and clearing them out is much more of a nuisance than at home. At home, I'd have relatively unlimited Kleenex to use and a trash can to put the waste, and could blow my nose whenever I felt like it. At the hostel, blowing my nose involved a trip to the restroom to snag toilet paper for blowing (since there's no Kleenex boxes).

On the trail, now that I've used up the small pack of tissues I brought, blowing my nose involves either finding a large leaf I can use as a tissue (which tends to be somewhat messy, since leaves aren't very absorbent), or stopping, raiding my very limited toilet paper supply (with somewhat better, though generally fairly messy, results, since toilet paper is not really designed to handle nose emissions), and then packing the used TP into my now-designated biohazard bag, since I can't just leave toilet paper littered on the ground.

Around 2:15, as the trail crossed a road, we were greeted with some trail magic courtesy of a local baptist church and a part-time Smoky Mountain ranger. There were sodas, fruit, brownies, chips, banana bread (!), and more. And it was all very tasty. (Thanks again!)

With neither Beast or I feeling 100%, even propped up with the trail magic, we decided to only push on a few miles further to campsites at Deep Gap (yes, another one). This would give us a relatively modest 12.2 mile day.

A few miles before the location of our campsite, there was a large bald. Aptly named the “Beauty Spot Gap”, it provided great panoramic views, and evidently, was a popular kite-flying location; as I was getting there, a family with three or four kites was just leaving. 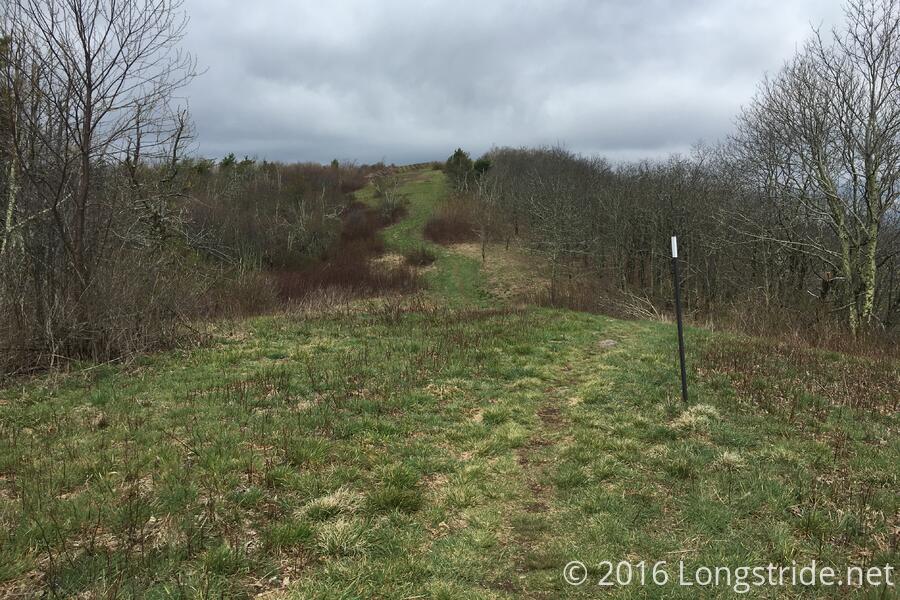 Due to some confusion provided by one of the providers of the trail magic, it was actually unclear just where the campsites were, since there were a couple of places that looked like they met the description. Beast had gone ahead, since I was having a low-energy day, and since I had no idea what I was really looking for, I started to become increasingly concerned that I had gone too far. Fortunately, the description in my guidebook seemed to indicate I hadn't passed where we were trying to reach, and I eventually reached the campsite, where Beast had started to set up his tent.

Setting up tents proved to be a challenge, as it was very windy. My tent actually ripped out of the ground and started to blow away once, because I didn't have it fully staked down.

Eventually, though, we got the tents set up, the bear bag line thrown (in one attempt, no less), and proceeded to cook our dinner while sitting in our tents and using the rain fly as a wind shield for our stoves.

While it would have been nice to set up a fire to help stay warm, the wood was wet due to the rain yesterday, and it was actually plenty warm enough inside the tents with the wind blocked. Also, due to three separate forest fires (in Shenandoah, Roan Mountain, and near Hot Springs), the ATC has placed a ban on fires on the AT. (This did not stop someone else at a nearby campsite from lighting a fire, though.)