I got off to a lateish start today, mostly because the original plan was for a relatively short ten mile hike to the Partnership Shelter and the Mt. Rogers visitor center to catch a shuttle into town. Still with no cell reception, I was hoping Beast would eventually catch up with me there by sometime in the afternoon.

The morning started off sunny, and the trail quickly brought me to an (empty) cow pasture with a beautiful view. After the pasture, the clouds rolled back in, and it quickly cooled down. This gave me a series of simply beautiful landscapes. 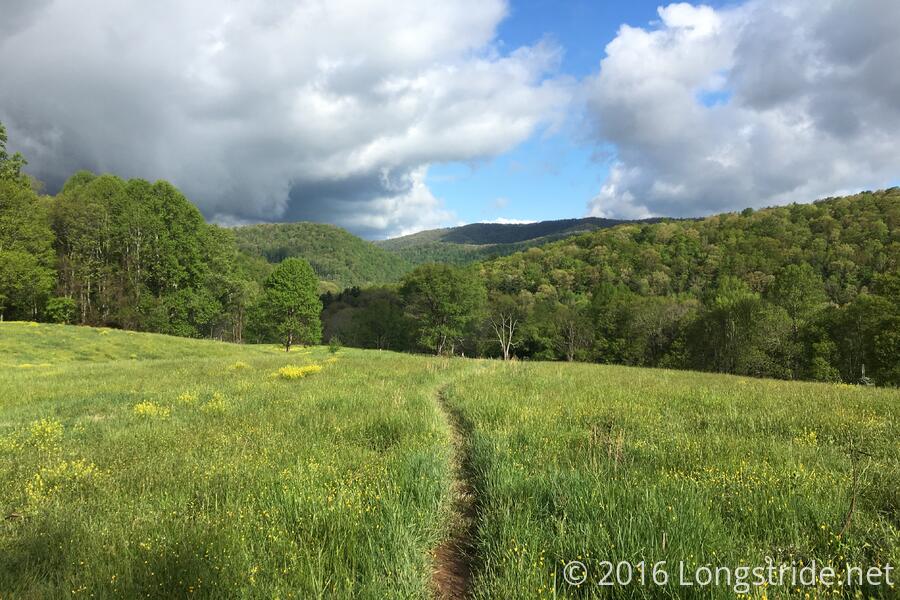 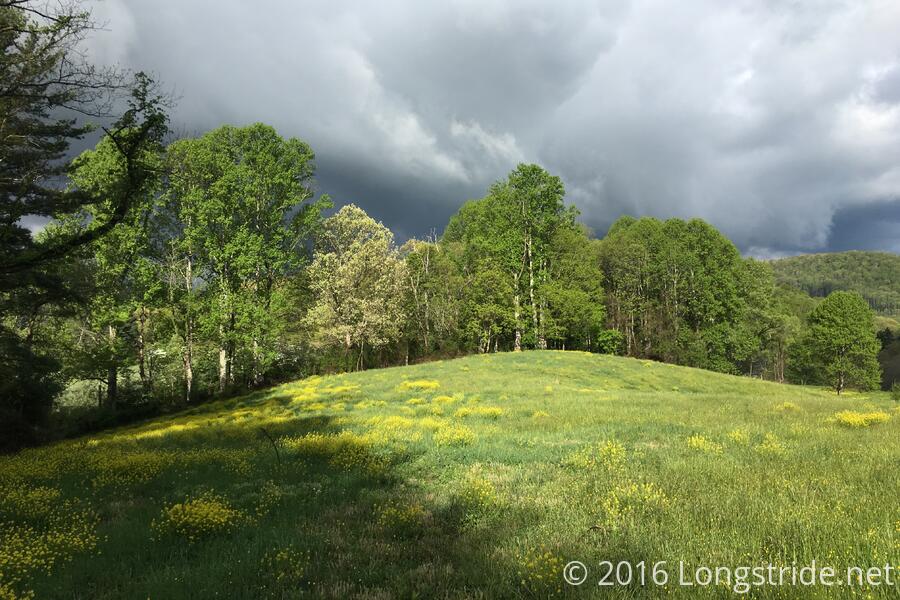 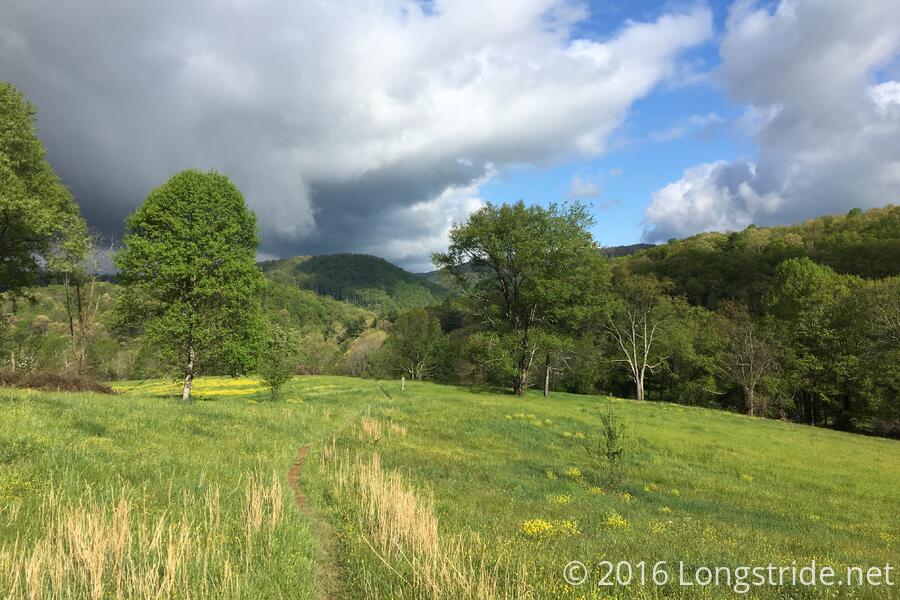 After about 4.5 miles, I got to the "top" of a hill, and, wonder of wonders, I finally got a cell signal. This provided me with a text message from Beast to call him when I could. So I did.

Turns out, Beast was able to slackpack ten miles yesterday, until his foot started hurting badly, and he had to get off the trail again. A doctor's appointment (and "I dunno" about what might be wrong with his foot) later, Beast was on a round of antibiotics (just in case) and asked to take two days off the trail to let his foot recover.

We eventually coordinated a pickup site for me to bring me into Marion, which wound up being four miles (and two hours) short of where I had been expecting to get off the trail to go into town.

The pickup location only a mile and a half ahead of where I was, I made it there rather before Beast and his ride were even on their way, so I started walking down the road towards town, in an attempt to stay warm and not be completely bored sitting around waiting.

Walking down the road, I was chased by four dogs (it would have been five, but that one was stuck in its cage). It was a very slow speed chase; I just kept on walking, assuring the dogs "nothing to see here, I'm just walking on by", and they mostly just followed and barked at me for awhile, until they got bored and wandered off.

I made it most of the way down the mountain road towards the major road in town, when Beast showed up with his ride … his mom! Turns out, she was nearby visiting friends, and was able to detour into Marion and help out with getting him around town, on account of his foot.

Over the rest of the day, we handled some of our resupply, got lunch, did laundry, and got dinner (at a Mexican restaurant, which had karaoke set up with strobe lights for Cinco de Mayo).