As a result, we got a late start on the day. Our first stop was for a nice little breakfast appetizer, donuts at Heavenly Donuts. Then, we went back to Heaven’s Little Cafe for breakfast.

After breakfast, we returned to the hostel and packed our bags, and were finally ready to go around 12:30. Still needing a ride to the trailhead, I called a few trail angels on a list at the hostel, and was able to get a ride from Mike.

About half an hour later, Mike picked us up, and we got to the trailhead and started hiking around 1:20. Though it was in the middle of the day, we were well-shaded from the sun, as the trail went through a pine forest. (It was also fairly close to houses and cabins, and the trail was very well maintained, so it sort of felt like we were hiking on a trail in a local neighborhood park.) 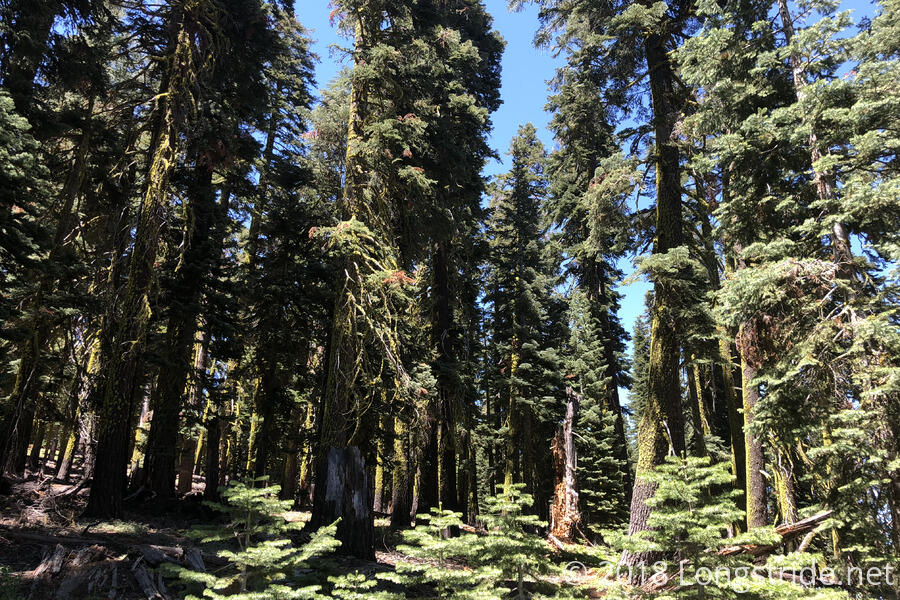 It was extremely dusty; every footstep sent up a cloud of dust into the air. As we descended a hill to the Echo Lake Chalet, the dust was so bad that the dust I was kicking up was getting into Quoi’s eyes, and when I stopped to see if she was ok (because she was coughing a lot), she just shooed me on so that the dust cloud would be further away from her.

We also passed two bags of cookies that were lying on the trail, marked as trail magic. We opted not to take any of them, especially as one of them was marked “no marijuana”.

We stopped at the Echo Lake Chalet a few miles into our hike for ice cream and sodas. I waited outside to watch our packs while Quoi went in. While I was waiting, a family that was leaving gave me a mostly-full tub of vanilla ice cream (wrapped in a trash bag because it was already starting to melt). When I went in to the Chalet to get a soda, I accidentally got a Coke Zero because I wasn’t paying enough attention, and lamented that I paid money for no calories.

A hiker named Crusher also sat down with us. He had thru-hiked the PCT in 2009, and was out hiking a small section this year. He offered us beer, having bought a six-pack because that was the smallest quantity he could buy.

Craynip (who had left the hostel after we did) hiked up, and we saw that he had one of the bags of cookies with him. (He took the “no marijuana” bag, which means that now, there is a bag of unmarked marijuana-spiked cookies lying on the trail. Someone is going to have a surprise, for sure.) 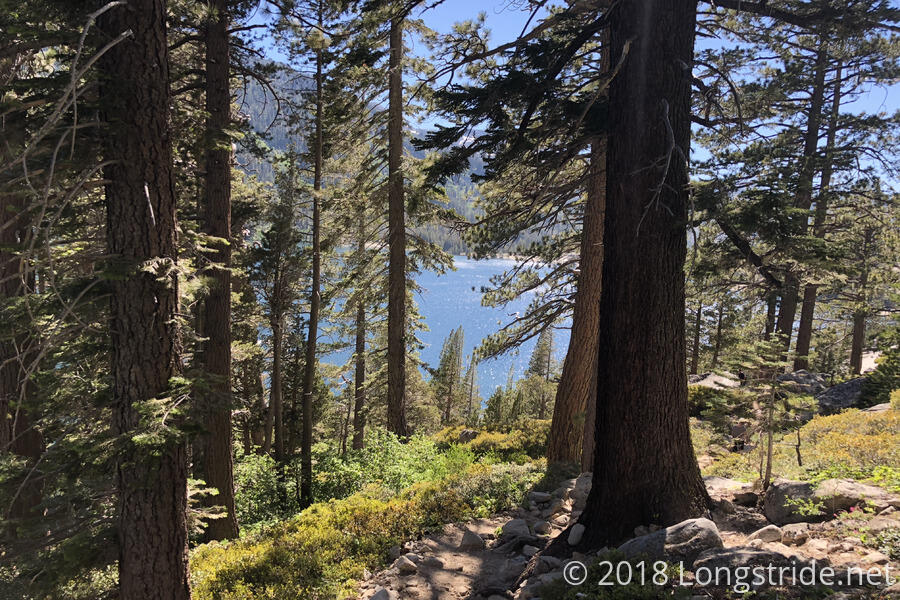 Leaving the Chalet, the trail went along both the Lower and Upper Echo Lakes, eventually entering the Desolation Wilderness, a remote and very beautiful (if rugged) area. On our way in, we passed a pair of rangers and a small work crew heading back to the trailhead. 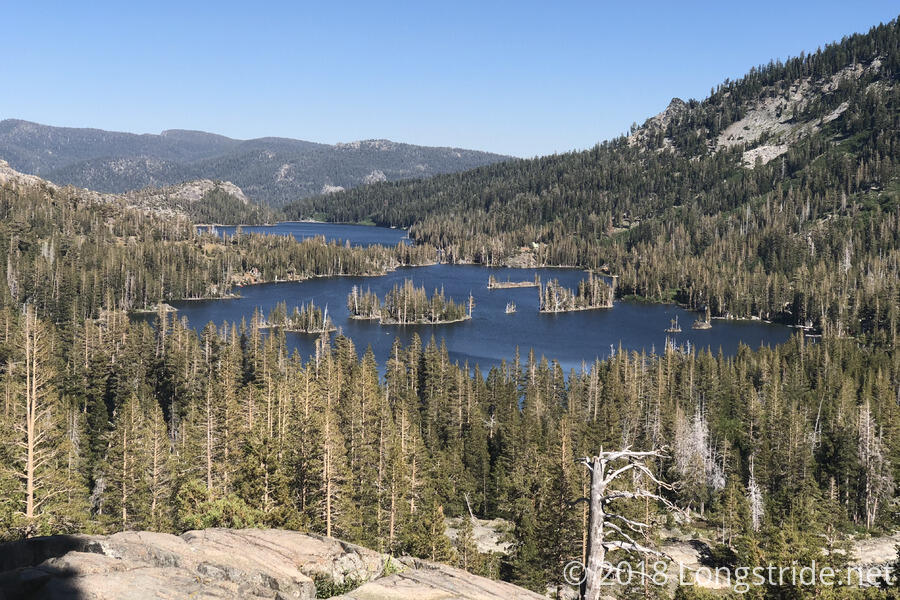 With our late departure from town, and the limited campsite availability in the Desolation Wilderness, we stopped at the beautiful Lake Aloha, just short of eight miles.

When we first got to the campsite, there were a bunch of annoying gnats flying around. Later in the evening, the mosquitoes came out. Craynip joined us, as did Red Cross (so-named because early on he had frequently injured himself) and Mousetrap.

While we were eating dinner, a hiker from the next campsite came over. His lighter was empty and he needed one to start his stove. Craynip was the first to offer his lighter (while I was trying to figure out what I had done with mine), and the guy took the lighter and handed Craynip a wad of bills, which turned out to be $7. (Craynip can buy a nice fancy lighter now!)

Tomorrow: We plan to leave around 6:30 to hike 25 miles, taking us almost halfway to our next resupply in Truckee, off of Donner Pass.